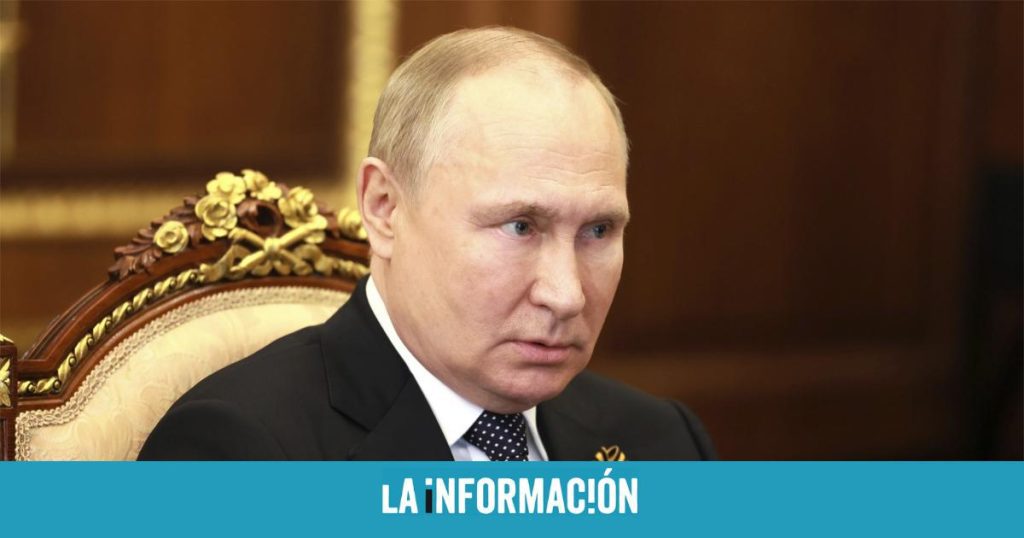 Russian President Vladimir Putin on Monday blamed global inflation mistakes of western countries “For many years” and the penalties that led to the usual “destroying of the logistical chains”. “The long-term mistakes made by Western countries in economic policy and illegal sanctions have led to a wave of global inflation, To destroy the logistics chains and productive activities”, in a letter to the participants of the St. Petersburg International Economic Forum.

The head of the Kremlin stressed that this year’s forum, which is the most important business event in this country that celebrates a quarter of a century this year, “is being held in A difficult moment for the entire international communityMeanwhile, according to Putin, “along with challenges, possibilities open up.” “That is why the forum’s slogan is ‘New World – New Opportunities’,” he said. I am convinced that Russia for Russia 2020 will become a period of consolidation of economic sovereignty and the accelerated development of its infrastructure and technological base, Putin said, adding that the Russian economy “will maintain its course towards openness and broad international cooperation.”

On the 103rd day of the Russian invasion of Ukraine, it was Ukrainians successfully resist in Severodonetsk and other points in the Lugansk region, while the UK government has just announced sending missiles to the Ukrainian army with a range of 80 kilometers. On Sunday, the Russian president threatened to Attacking “new targets” If the Western allies provide Ukraine with long-range missiles that can hit Russian territory. Ukrainian forces fighting in the Lugansk region received a visit from Ukrainian President Volodymyr Zelensky on Sunday. His forces continued to launch limited, local, but successful counterattacks against Russian positions in the last hours.

At the same time, the Ukrainian Armed Forces announced, today, Monday, in a message on its Facebook account, the killing of Russian General Roman Kutuzov during a clash in the eastern Lugansk region. Kutuzov died near the city of Popasna, in the aforementioned pro-Russian region which has been subjected to intense bombardment by the troops sent by Moscow in recent days.

Lavrov cancels his trip To Serbia because they will not let him pass: Russia confirmed last night that Bulgaria, North Macedonia and Montenegro do not allow overflying the plane that Foreign Minister Sergei Lavrov was going to Serbia, so his visit to that country next week cannot take place today. “Our diplomacy has not yet succeeded in teleportation,” a senior Russian Foreign Ministry official told Interfax, in response to a question about whether the scheduled visit for Monday and Tuesday had been cancelled. The source confirmed that Bulgaria, North Macedonia and Montenegro did not allow Lavrov’s plane to fly over their airspace.