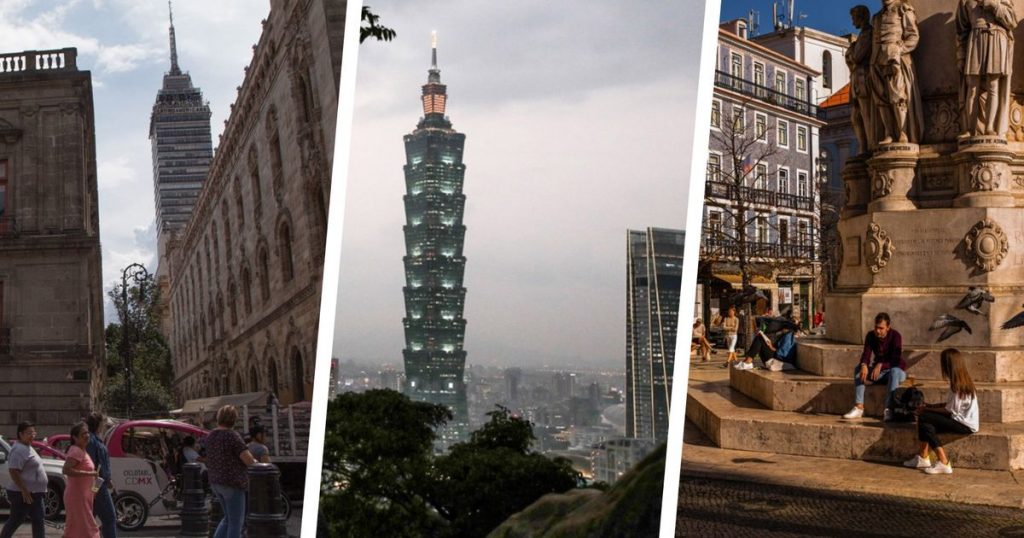 Taiwan, Mexico and Costa Rica It was ranked as the best places to live and work abroad in 2021, based on the cost of living, ease of stability, and overall quality of life.

The United States ranked 34th out of 59 places, largely due to expats’ view of quality of life in the United States, according to a new survey published on Tuesday.

Taiwan topped the charts for the third year in a row in a poll of 12,420 expats conducted by InterNations, a Munich-based expat network with nearly 4 million members. Expatriate appreciation Taiwan Health CareIn addition to the quality of life. 96% of respondents expressed satisfaction with the quality of care, compared to 71% globally. Expatriates also reported that they were more satisfied with them Your job security in Taiwan And the state of the local economy than its counterparts elsewhere.

Health has of course been a particular concern of expats this year. InterNations measured the role COVID-19 played in expatriate lives, but findings related to the pandemic did not affect the overall ranking of locations. Globally, 45 percent of those surveyed said the pandemic had had some impact on their time abroad or their plans to travel abroad.

Expats ranked Mexico and Costa Rica second and third, respectively. They both got High scores to establish, Which can be a difficult transition process in other countries. Kuwait, Russia and Japan scored particularly low in this category. In Kuwait, 46 percent of expats said they do not feel at home in the local culture and 51 percent find it difficult to find new friends. In Japan, only 45 percent said they feel at home with the local culture. And in Russia, 48 percent of expats said it was difficult to live in the country’s cities without speaking the local language.

is being While 91% of expats described Costa Rican residents as “generally friendly”. Four out of five expats in Mexico said they were satisfied with their financial situation, and 84 percent of expatriates in Costa Rica said their disposable household income was “sufficient or more than enough” to cover all of their expenses.

Kuwait, Italy and South Africa are at the bottom of the list. Kuwait ranked last for the seventh time in eight years, and has scored poor results in quality of life. Some expats have noted his lack of entertainment options. In Italy, 30% of expats said they were dissatisfied with their financial situation. Expats in South Africa scored low in job security and happiness with the state of the local economy.

The United States, which often doesn’t do well in these types of surveys, They scored low in terms of quality of life and cost of living. Expats reported disliking some elements of the healthcare system: only 20% were satisfied with its affordability, and 19% said the quality of care was negative. This compares to a global average of 14 per cent who rate their care negative.

The survey showed a wide divergence in the way arrivals view the epidemic. In Bahrain and Singapore, 75 and 74 percent of expats, respectively, said they rely on official government channels for information about the coronavirus. However, in New Zealand, 69 per cent of expats said they trusted local news, as did 65 per cent of residents in Australia and 60 per cent in the United Kingdom. And in several Gulf countries, a large majority of expats said they rely on social media to get news of COVID, 59 percent in Oman, 55 in Saudi Arabia and 53 in Kuwait.

There was also discrepancy in the way arrivals were categorized for official COVID contacts and related regulations. Expats gave the best scores to New Zealand, Singapore, and Australia. Brazil ranked last in terms of COVID contacts, while Egypt ranked second to last. The United States ranked last in communicating about the Coronavirus, at 54th.

Of course, the survey took place in January of this year and a lot has changed since then, particularly regarding the pandemic.

Currently, mainland China has given the largest number of vaccine doses, followed by the United States and the European Union.