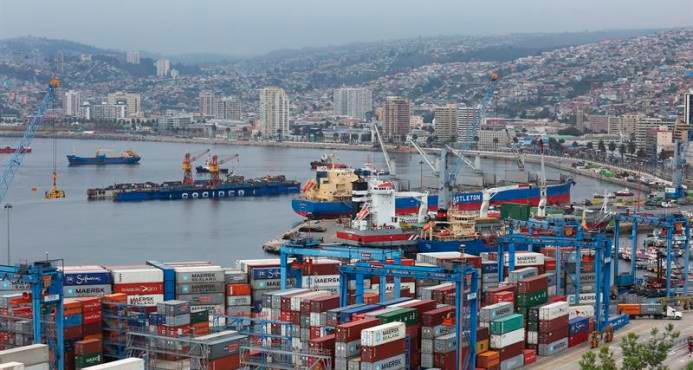 The Organization for Economic Cooperation and Development (OECD) said Tuesday that global trade in services, a major factor in the global economy, fell by 24% in the third quarter of 2020 compared to the same period in 2019. It highlights Brazil’s work to liberalize its legislation on this. Sector.

The Paris-based agency, which includes most of the rich countries, attributed this contraction to the fact that “the rules for exchanging services were tightened in 2020, with new obstacles for exporters who were already suffering from the shock of the epidemic.”

“The Organization for Economic Cooperation and Development (IRES) Restricted Exchange of Services Index: 2021 Trends,” which analyzes regulations of 48 countries, identifies that “key service sectors” have been affected, including all types of commercial enterprises such as computer services, commercial banking, radio and television services.

However, the document notes that governments around the world have lowered barriers to online cross-border trade in 2020, as a political response to the pandemic, facilitating remote work and online business operations.

“Transport and travel have collapsed, but Internet exchanges, such as telecommunications, have contributed to the resilience of our economies,” says Secretary-General of the Organization for Economic Cooperation and Development (OECD) highlights in the report, Mexican Angel Gurría.

According to Guria, “It is imperative that governments remove restrictions on trade in services in order to set the global economy on the path to a strong and lasting recovery.”

One of the options the multilateral forum is raising is to work “on a national and collective level” in order to reduce the costs companies incur in selling their services abroad.

The least restricted sectors in 2020 were distribution, freight logistics and audio recording, while air transportation, legal services, accounting and auditing faced most of the restrictions.

The 48 countries assessed in the report account for more than 80% of global service exports.

It ranks the Czech Republic, Latvia, the Netherlands, Japan, Lithuania, and the United Kingdom as examples of their adoption of legislation favorable to trade in services.

It also highlights the reforms that were implemented in 2020 in China, Iceland, Indonesia, Kazakhstan and Brazil.

Among this Latin American country, the most populous in the region, he highlighted that it has introduced reforms in the financial sector, which is considered one of the most concentrated countries in America, with the aim of attracting new foreign banks and insurance companies. The country also launched a new data protection law.

The OECD report also welcomes measures taken by Chile, which were adopted in 2017, to facilitate the exchange of goods with foreign companies. EFE