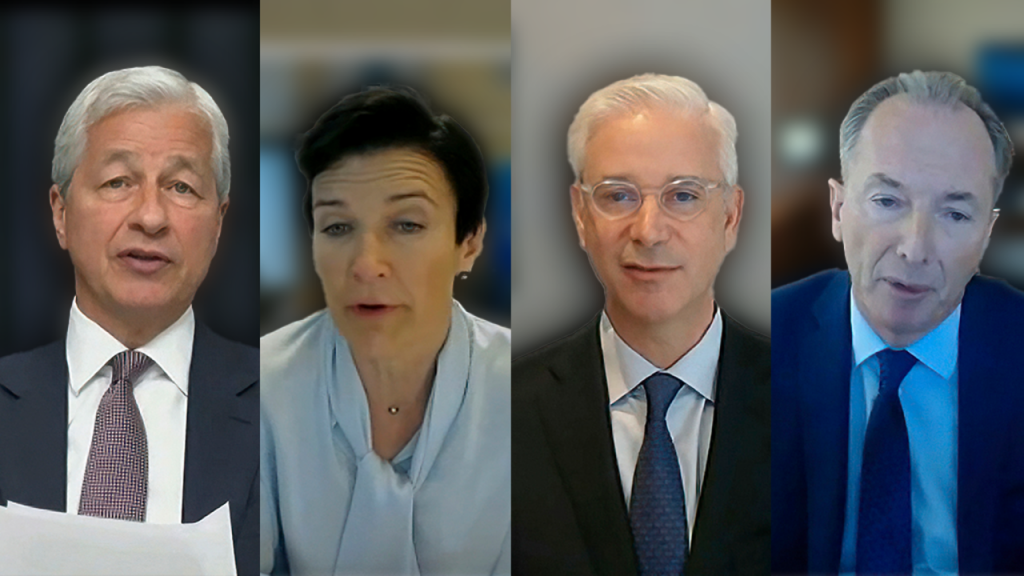 The chief executives of the six largest banks in the United States were questioned heavily on Wednesday, May 26, 2021 in the Senate for their role in the economic recovery, after the crisis unleashed by the Covid-19 pandemic.

The finger of blame in the Great Recession, which occurred in the world more than a decade ago, has pointed to the Wall Street giants as the culprits. Now, in the midst of the new global economic crisis brought on by the coronavirus pandemic, they have been called upon to be the heroes of recovery.

The six presidents and chief executives of the largest financial entities on the New York Stock Exchange were heard on Wednesday at the first of two sessions aimed at assessing their usefulness during the pandemic.

A barrage of criticism emerged from both the Democratic and Republican sides. Lawmakers accuse them of cutting credit to small businesses while their profits have skyrocketed.

In more than a year of the pandemic, banks across the country waived handling fees and suspended millions of mortgages to support the faltering financial conditions of Americans. But these measures are disappearing.

Senators pressed CEOs to pledge that they would not drive anyone into foreclosure or bankruptcy after government relief measures ended in Congress.

Democratic Senator Sherrod Brown, chair of the Banking, Housing and Urban Affairs Committee, criticized the presidents for cutting loans to small businesses affected by the pandemic while buying their shares.

The largest banks in our country are sending a clear message to companies – the more employees pay, the worse it is on Wall Street.

This view – that American workers is a cost to be carved from, rather than invested in – is wrong with this system. #WallStreetOversight pic.twitter.com/xZFwR50JpP

Senate Banking and Housing Democrats May 26, 2021


He said Bank of America cut lending by 14% while repurchasing about $ 25 billion in shares. The entity’s CEO, Brian Thomas Moynihan, halted the attack, saying “the good news is we can do both.”

Another criticism relates to the high salaries of CEOs. “How do we get here, where CEOs earn 900 times as much as some of their workers?” Asked Brown.

Jimmy Dimon, President and CEO of JPMorgan Chase & Company replied, “We are very proud of the opportunity we offer all of our employees here. Our starting salary is around $ 35,000 plus medical and retirement benefits. Our employees are in terms of training. My salary is determined by the board of directors. They look at several factors. “

With Reuters, AP and EFE