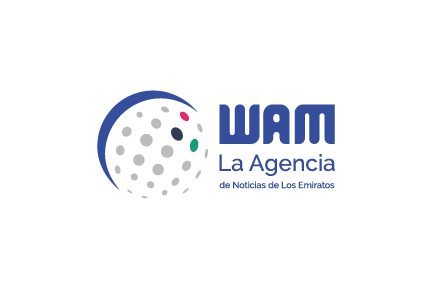 With the countdown to the first Arab interplanetary mission to enter the orbit of the Red Planet, there are five facts that you should know about the Hope Probe: – There are no astronauts on the probe, and it will not land on Mars, and it cannot return to Earth.

The mission of the probe is to discover information about Mars.

During the design and programming phase, the Hope Probe team considered all possible scenarios and challenges. However, there is always room for unpleasant surprises in space.

If the mission succeeds, the UAE will be the fifth country to reach Mars. However, the probe’s scientific goals are unprecedented and have not been achieved in previous missions.

The probe will have a unique path over the equator of Mars.

Dubai, February 3, 2021 (WAM) As the Hope probe is close to entering its orbit around Mars scheduled for Tuesday, February 9, 2021 at 7:42 pm UAE time, there are five facts you should know about the first Arab planet mission led by the UAE.

First data: The Hope probe, which works as part of the UAE mission to explore Mars, does not carry astronauts on board. However, it contains scientific devices that are programmed into approximately 1000 GB of information and data and sent to the ground control station at the Mohammed bin Rashid Space Center in Al Khawaneej, Dubai.

The probe has made progress in the UAE space sector and contributed to the diversification of the national economy and the growth of the country’s GDP, through a variety of new areas based on innovation. It also helped develop the capabilities of young national cadres who could lead the national space sector to new stages of sustainable growth.

The investigation also strengthens the prominent position of the UAE in the international community, as an active and effective country that contributes to the advancement of humanity.

The second fact: The scientific mission of the Hope Probe can be extended, so that scientists can continue to study the phenomena discovered on the Red Planet.

The probe is designed and programmed to run for two Martian years, or 678 days, and, if necessary, could be extended up to 1,374 days.

Fact 3: During the design and programming phase, the Hope Probe team considered all possible scenarios and challenges. However, there is always room for unpleasant surprises in a period of more than seven months.

Al-Mesbar solved all the challenges it faced because it was only an idea during the 2013 cabinet retreat, as well as during the later stages of the project. Despite the probe’s successful launch in July 2020, its mission to discover Mars may still face risks, as the success rate of trips to Mars orbit has historically been less than 50%.

The real challenge to entering Mars’ orbit is to reduce the speed of the probe from 121,000 kilometers per hour (km / h) to 18,000 km / h without direct control from the earth station. Therefore, these 27 minutes will be called the “blind period”, during which the probe will have to overcome challenges without human interaction.

Although the probe team has programmed it to be ready for all eventualities during this period and has run many simulations, there is always room for nasty surprises in space.

See also  The United States has designated the Russian Wagner Group as a "transnational criminal organization".

Fact 4: If the mission to Mars succeeds, the United Arab Emirates will be the fifth country to achieve this historic achievement. However, the probe’s scientific goals are unprecedented and considered a first in history. The probe aims to paint a complete picture of the climate changes that Mars undergoes during the four seasons.

February is the month of Mars, when three countries – the United States, China and the United Arab Emirates – race to the planet. If the Hope probe succeeds in exceeding 27 blind minutes and reaches the planet’s orbit on time or with a slight delay, the UAE will lead this race to become the fifth country in the world to reach Mars’ orbit and the third that reaches the first attempt.

Fifth fact: If the Hope probe succeeds in reaching the orbit of Mars above the equator and enters the final stage of its mission, which is the science stage, this process will continue for a Martian year.

During this phase, the probe will orbit the planet every 55 hours in an elliptical orbit ranging from 20,000 km (km) to 43,000 km, and the probe equipment will communicate with it through a two-way ground control station. Three times a week. . Due to the distance, there is a delay in the connection of 11-22 minutes.

During the mission, qualified young national cadres work at the station.

The UAE government has mandated the Mohammed bin Rashid Space Center to manage and implement all phases of the project, while the Emirates Space Agency will be responsible for its general supervision.

On July 20, 2020, the probe was successfully launched. The probe will conduct its first comprehensive study of the planet’s climate and atmosphere as it orbits on February 9, 2021, coinciding with the fiftieth anniversary of the founding of the United Arab Emirates.