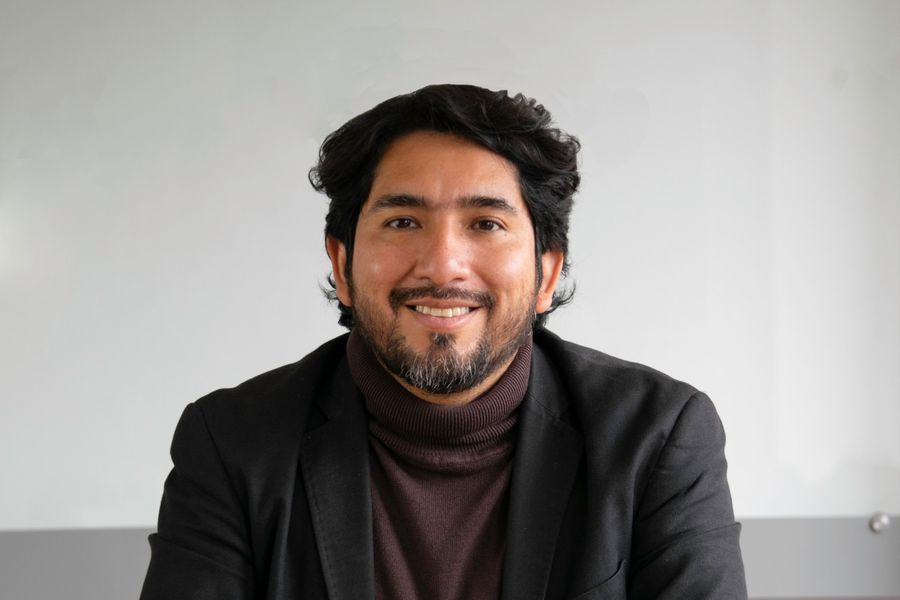 Convention candidates and their advisors as well. This is the audience for the Foundation Training Program implemented by the New Constitution Monitor, an initiative that brings together academics and experts from different universities and that will monitor what happens during the founding process.

Here, this academic program coordinator and political scientist Carlos Melendez explains the goals of the initiative and also analyzes the independent factor in the upcoming elections on April 11th and how the process of elite renewal begins.

Why is it appropriate for agreement candidates to undergo a program where they are taught certain things about the country’s institutional and political organization?

We have a big challenge, and that is developing the Magna Carta, a constitutional charter that tries to solve the representation crisis in the country. We are faced with the need to create a new social pact, but a social pact for the twenty-first century. It is a social compact in a context in which parties are severely weakened, and traditional party alliances weaken, and so the challenge is greater. So, what we wanted to do was contribute to providing more elements so that when the deliberations start, at the moment when the spaces for proposals begin to contribute, they face the challenges of a pandemic world, a world of the twenty-first century where the traditional and traditional issues must continue to be discussed, Like the form of government, such as the difference between presidential, semi-presidential and parliamentary systems.

Much has been said regarding the profile of Who Will Be Traditionalists and there is also a reluctance to fill it with the professionals. So what do you think are related topics?

As you say, we’re not faced with a space of specialists. The elite in general, the political, economic and social elite of the country is transforming, it is changing. You need a constitutional charter that allows you to regenerate the elites. And to renew the elite, you have to work with ordinary people, with professionals who are not necessarily experts in politics, they are not experts in law, they are not experts in political science, they are not experts in social sciences. Therefore, what we developed are small, asynchronous sessions where we try to describe basic questions, such as a basic glossary to initiate a discussion. That is, what is the difference between the political system and the political system. What is the difference between a political party and a political party system. When we talk about social movement, when we talk about a political party. When we talk about a unitary system, it is about a federal system. When we talk about rights through a traditional approach or a gender perspective approach. In other words, it is the minimum glossary, the minimum vocabulary of a kind of first step to start from there, develop discussion and contribute to more complex deliberations.

See also  Sciences. One year after the collapse of the Arecibo Radio Telescope

We live in times of high political polarization, and the agreement may not be an exception. What elements will you transfer in the program to enhance dialogue and deliberations in the agreement?

We are concerned about that both objectively and methodologically. Objectively speaking, we believe that pluralism is the value we must salvage to consolidate democracy. Indeed, the discussions that took place in recent years, from the moment of return to democracy, to the moment of the existence of two coalitions, the political pluralism in the country was sacrificed so much that it led us to polarization. We believe that pluralism is a value that must be saved from democracy, and it is one of the pillars of democracy and we want to direct it in this aspect. Objectively speaking, this will allow us to not only save, not only political diversity, but social, origin, and economic diversity that the country enjoys.

How can dialogue be “taught”?

Methodologically, we will also do that because the courses we offer are not only courses run by professionals in law or political science. We also have some workshops that will allow us to develop soft skills, workshops conducted by specialists in political communication, and workshops held by specialists in deliberation and decision-making that complement the substantive part of the training proposal and entice each other, for example, how to build methodologies that allow You create agreements and differences.

The relevant figure that the registration of candidates for the agreement left us is that 61% of the registrants are independent. What does this tell us about the current moment of the political parties in Chile and their future after the conference?

If one compares the foundational processes in the neighborhood, one finds that these processes were accompanied by political movements, whether they were partisan or completely solid political movements. In other words, the Bolivian Constitution was drawn up with very strong MAS, the Constitution of Ecuador with a strong correction, and the same could be said of Chavismo in Venezuela. In our case, we are witnessing a constitutional process with weak political elites and weak political elites. In other words, there is no political movement of its own that seizes the founding process and directs this foundational moment in the country to one side or the other. This is a novelty. Which has its advantages and disadvantages. The main drawback is that we need evidence, we need the North to be able to conduct the constitutional debate, and in this sense, I would like to emphasize the role that the independents will play. In addition, this also relates to the features of our software.

The defect is who the freelancer responds to, and whoever owes the freelancer. How can the independent person communicate with his constituents who are the followers of the independent? How does the independent person add citizenship demands? And this is where I think the Achilles heel in this process is exactly where we want to help. What we want are those independent figures who have a leadership role in the political debate and who will have a leadership role in the constitution. We have to see mechanisms so that they can add the interests of their constituents. Unfortunately, independents in Latin America easily call their voters. We don’t want the same thing that happened in Peru, the same thing that happened in Ecuador, where freelancers receive a blank check and do whatever they want. We need independents who are accountable to their constituents. But for the Independent, it is very difficult to know his voters because he does not belong to a party. So, this is exactly the weakness that we hope we can correct with this kind of initiative.

How can ways be found for this independent, whose constituencies are difficult to determine, to achieve effective accountability?

Institutionalizing the mechanisms of direct communication and the initiative of the councils, for example, is a very interesting topic because it was born from below, born from the spirit and energy of the citizen that the outbreak of society produced. Therefore, we do not have to lose sight of this kind of synergies between citizens, the independent that is taking shape, but rather a communication space for the independents without a political party. Throughout the year in which he was elected and the year in which he is required to legislate, he does not have to sit in the traditional council member’s seat, in this case, but the other half of the time must be permanently meeting with an active community and this is what we need to reinforce.

It is a huge challenge for freelancers to be an asset. Nobody wants them to be traditional beings, other than assimilating the conversation with different thoughts, that this generates something against their deliberations …

Yes, it is risky. I tell you from a comparison experience. This is what happened to independents in other countries. The most extreme case is the case of Peru, where the independents maintain the domain and monopoly. Of course, once elected, they do not communicate with their constituents, and it also ends up losing faith in the alleged renewal of the elite.