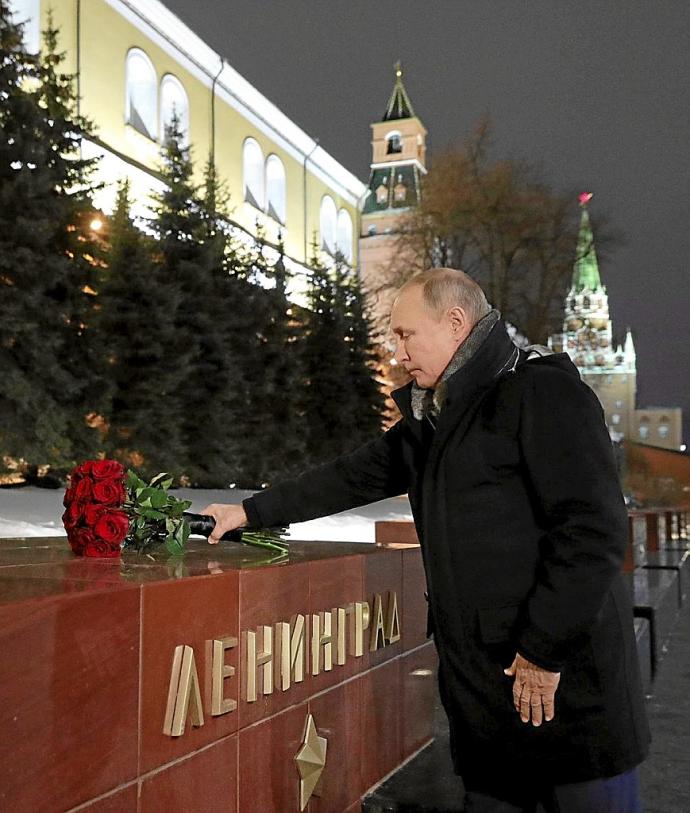 Moscow Yesterday, the Russian government announced an agreement with the United States to extend the most important nuclear disarmament treaty for five years, which is the Strategic Arms Reduction Treaty (START), which expired on February 5, while affirming that the agreement is in line with the Moscow Agreement. Aspirations.

Russian Deputy Foreign Minister Sergey Ryabkov said that the two governments had reached an agreement “on conditions” proposed by Moscow, which means that the extension would be “for a period of five years, without preconditions, without any additions or appendices.”

He revealed that “the ambassador (of the United States in Russia, John) Sullivan and I, in Moscow, on Tuesday exchanged notes defining the agreements for a five-year extension,” before confirming that the decision is “mutually beneficial.” The “only correct”.

He concluded by saying, “We have a large margin of time to start and conduct deeper bilateral negotiations on a whole range of issues that affect strategic stability and ensure the security of our country for a long period of time.”

He also expressed Moscow’s desire to “take advantage of this period” in order to “initiate interesting and detailed negotiations with the United States on the future of arms control, in order to develop a new security equation that includes all the factors that affect the maintenance of international security and strategic stability.”

“We will work to strengthen the arms control system through new negotiations with the United States. We hope that once a foreign policy team is formed in Washington, we will hold consultations immediately and then these negotiations can start,” he said.

Hypersonic missiles “Avangard” Ryabkov confirmed that the treaty would apply to Russia’s supersonic missile system Avangard Although he added, “It does not restrict our right to independently determine the composition and structure of our strategic and offensive weapons, update them, or create new types and classes of weapons. There is room for dialogue, but there are no unilateral concessions.” He said.

The Russian Senate, the lower house of parliament, approved this extension yesterday, as confirmed by the president of the organization, Valentina Matviyenko, who defended that “this opens the door to the possibility of continuing negotiations on issues of security and strategic stability, in which Russia and the United States play a crucial role In the world “. On Tuesday, the Kremlin said that US and Russian Presidents Joe Biden and Putin, respectively, discussed during a phone call the will of the two countries to achieve a five-year extension of the agreement before the deadline. The American presidency confirmed the conversation and highlighted that the two leaders “discussed the will of the two countries to extend the New START treaty for five years and agreed that their team would work urgently to complete the extension before February 5.”

See also  Alcaraz and Nadal, the time of fat cows