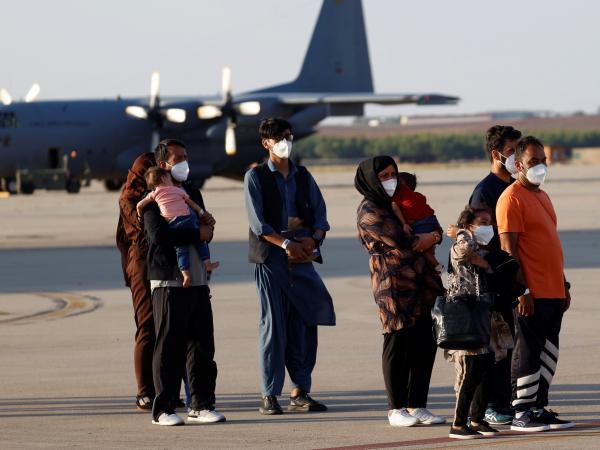 Colombia does not expect to receive “in the short term” any refugees from AfghanistanDespite the offer and agreement with the United States to host up to 4,000 evacuees following the arrival of the Taliban government, diplomatic sources reported on Sunday.

(How many Afghans will reach Colombia and when will they arrive?).

“There is always the possibility that at some point it will happen and it hasn’t happened now and at the moment and we don’t see it in the short term, but Colombia’s will is there.”Asked by the media about the arrival of the Afghans, the Colombian ambassador to the United States, Juan Carlos Pinzon, said.

Colombian President Ivan Duque confirmed at the end of August that his country would go “To provide support to the United States for the citizens of Afghanistan who have helped them for years and who are in the process of being registered, and to transfer immigrants to that country, so that they may be in Colombia temporarily.”

(The Arrival of the Afghans in Colombia: Frequently Asked Questions Answered.)

But since then It only turned out that the maximum number set for temporary reception in Colombia was 4,000 people, but it was not known when they would arrive or if they would.

On Sunday, Blue Radio station revealed that after several weeks of closing Kabul airport and the end of emergency evacuation flights, the United States decided to send those who sought asylum to its military bases, instead of using Colombia for this transit.

Pinzon explained it “On the question of costs and how this extraction of persons occurs,” America is the one who makes the decisions “Obviously they are moving the vast majority of them to military bases in the United States.” “Aren’t they coming? I can’t make that statement because suddenly in a few months it is necessary that some will come,” said the ambassador, who reiterated on several occasions that Colombia was “open to the possibility.” for the arrival of refugees.

The Taliban took control of Kabul on August 15 after their fighters entered the city without encountering resistance and with almost all of the provinces under their control, causing Afghan President Ashraf Ghani to flee. The United States began withdrawing its forces from Afghanistan in May, and with the Taliban advancing and seizing power, it was forced to expedite the evacuation of the remaining Americans and their allies, which ended before that September..