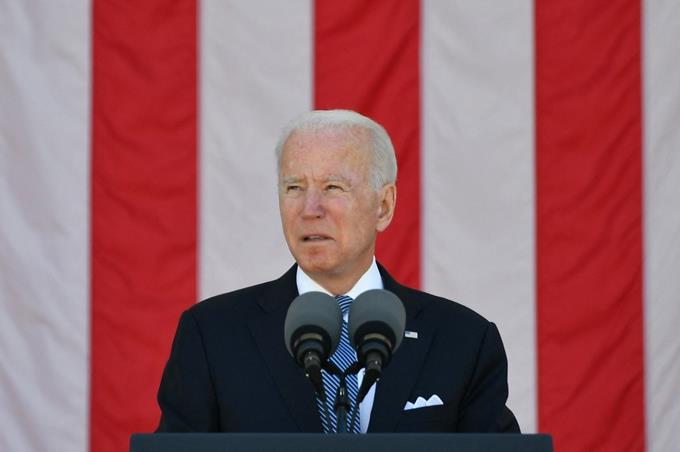 President Joe Biden on Friday proposed a $ 6 trillion budget to “reinvent” the US economy and compete with China, which, if approved by Congress, would lead the country into record debt.

“We must seize the opportunity to reinvent and build a new American economy that invests in the promise and potential of every American,” the president said in a letter to Congress.

The Covid-19 pandemic plunged the United States into the worst economic crisis since the 1930s, and while the world’s largest economy is beginning to recover, it is still far from pre-pandemic levels.

The president warned that “the United States simply cannot return to what it was before the epidemic and economic recession, as structural weaknesses and disparities in the old economy still exist.”

In America, the president’s annual budget is more of a wish-list or a message about his priorities than anything else. It is legislators who ultimately decide the amount and destination of the money, and the current Congress has a very narrow Democratic majority.

Opposition Republicans fear giving the central government prominence. And even some Biden supporters warn that the US economy, which is now ready to recover from the effects of the pandemic, is at risk of sliding toward inflation.

Nonetheless, the mega-plan signals the White House’s determination to put concrete numbers on Biden’s campaign to rethink the relationship between government and the private sector, in what is defined as an existential competition with China.

Under Biden’s plan, the federal faucet would release about $6 trillion in 2022, with increases gradually to $8.2 trillion in 2031.

The Democrat clarified the destination of the $6 trillion: Much of it will go to the infrastructure bill originally proposed for $2.3 trillion, but has been reduced to $1.7 trillion in negotiations with Congress.

Another $ 1.8 trillion will be allocated to increasing state funding for education and social services as part of building a better workforce in the 21st century.

Biden argued that the overriding goal was to grow the middle class in America, as well as to put the United States in “competition” with its competitors.

Can it be approved?

The proposed budget will be released just before the Memorial Day long weekend and with Congress in a week-long hiatus.

His introduction may now limit his momentum on Capitol Hill, as many Democrats want Biden to use his control of Congress to pass transformative legislation, but Republicans are doing their best to try to block most of what the president proposes.

Spending priorities are just one area of ​​the split between the two.

For example, Republicans are nearly unanimous in opposing Biden’s broad definition of infrastructure, which includes green energy and social programs.

There is less agreement on how to pay for these plans.

Biden wants to raise money by ending the corporate tax cut passed by Republicans under his predecessor Donald Trump.

The president also wants to aggressively go after the $1 million tax loopholes used by large corporations.

Republicans refuse to accept this mechanism, saying their more modest infrastructure spending plans can be paid for by reallocating unspent money already budgeted.

Despite the standoff, and the sheer size of Biden’s huge budget, the White House still has potential power up its sleeve.

Typically, Biden would need at least 10 Republicans to achieve the required majority in the Senate, today split evenly between the two parties, a difficult task at best.

However, if Democrats remain unanimous, which is also not guaranteed, they may be able to pass the budget through a quick procedure known as reconciliation, which requires fewer votes.