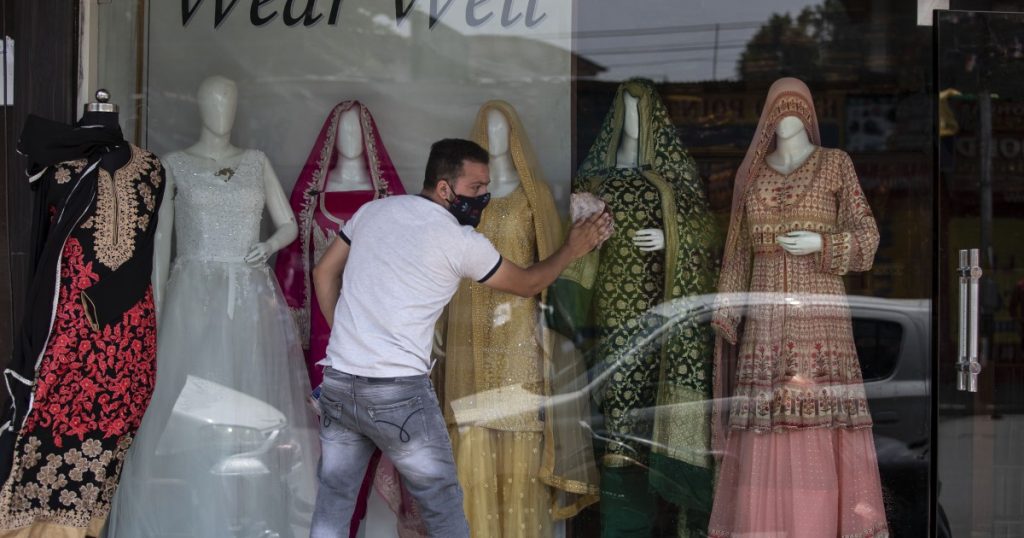 India’s economy contracted by 7.3% in the 2020-2021 fiscal year due to the impact of the coronavirus pandemic and before another catastrophic spike in infections in the country.

The economy grew at an annual rate of 1.6% in the January-March period, according to figures released on Monday by the government, but this recovery was hampered by the recovery of infections in March. Daily cases of the disease have reached world records, prompting many countries to impose new restrictions and issue confinement orders.

The numbers of new infections and deaths have recently decreased again, but much of the country remains under some form of lockdown, and many sectors of the economy are paralyzed.

In January, a government study estimated that the economy – which had until then been one of the fastest growing among the major powers – would rebound with an 11% expansion in the current fiscal year that began in April. But some agencies estimate that growth will not exceed 10% due to the recovery in COVID-19 cases.

On Monday, India recorded more than 150,000 new cases and more than 3,000 deaths. In all, the country has the second largest number of infections in the world, after the United States, with more than 28 million confirmed cases and nearly 330,000 deaths. Experts estimate the true numbers are much higher.

After setting a daily record of more than 400,000 new cases in May, experts note that infections appear to be declining, especially in the capital, New Delhi and Mumbai. But the disease is believed to continue to wreak havoc in rural areas where access to medical care is limited.

While many provinces and cities are subject to closure orders, some have lifted restrictions on economic activity. New Delhi Governor Arvind Kejriwal has extended the confinement order until June 7, allowing manufacturing and construction activities as long as they are conducted in accordance with sanitary standards.

“We have to find a balance between curbing the spread of COVID-19 and enabling economic activity,” the Press Trust of India news agency quoted Kejriwal as saying at a virtual press conference on Friday.