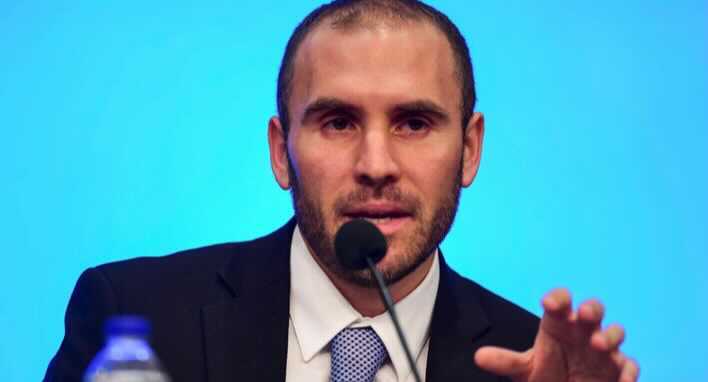 (EFE) – Argentine Economy Minister, Martin Guzman, He will leave this evening, Saturday, for Washington to participate in multilateral meetings and continue negotiations with them International Monetary Fund to refinance millionaire debtOfficial sources confirmed to Efe.

In Washington, Guzmán plans to participate next Tuesday in the meeting of finance ministers and central bank heads of the Group of Twenty. He will attend the annual meeting of the International Monetary Fund and the World Bank, which will be held between Monday and Saturday.

The Argentine minister also has other activities on the agenda, including meetings with investors in New York, but one of the The focal points of his trip to the United States will be to continue talks with the International Monetary Fund.

Also Read: At least 20 people were killed after an explosion at a Shiite mosque in Afghanistan

“The goal is to continue to progress in the negotiations with the IMF, as important steps have already been taken, but there are still issues to work on”Official sources commented to Efe.

Executive Director Alberto Fernandez intends to reach an agreement on the extended facility with the International Monetary Fund, with lower interest rates and repayment terms for at least 10 years.s, to refinance the debt contracted with the Agency from the Financial Assistance Agreement concluded in 2018, during the government of Mauricio Macri (2015-2019).

who – which The agreement provided for the provision of loans to the South American country amounting to 56.3 billion dollars, of which finally $44.2 billion, religion , Because of the application of interest and changes in the exchange rate, it amounted to 45,455 million dollars last AugustAccording to the latest available official data.

See also  Italy, Spain and the United Kingdom will have access to new SME solutions from Vodafone | Small and medium-sized companies

Last September, Argentina, which faces complex macroeconomic imbalances and lacks access to financing in international markets, It canceled the first major payment stipulated in the agreement, amounting to 1.88 billion dollars.

To counter this expiration, Argentina has resorted to a portion of its Special Drawing Rights (SDR) in the total amount of $4,334 million that the International Monetary Fund itself transferred last August to the South American country. As part of the agency’s global decision to boost global liquidity affected by the COVID-19 pandemic.

Argentina also plans to use the SDR to settle the next capital maturity with the International Monetary Fund, also for $1.88 billion.scheduled for next December.

but From now on, the Argentine government asserts that the country does not have the ability to pay heavy obligations Set out until 2024 in the 2018 Preparedness Agreement.