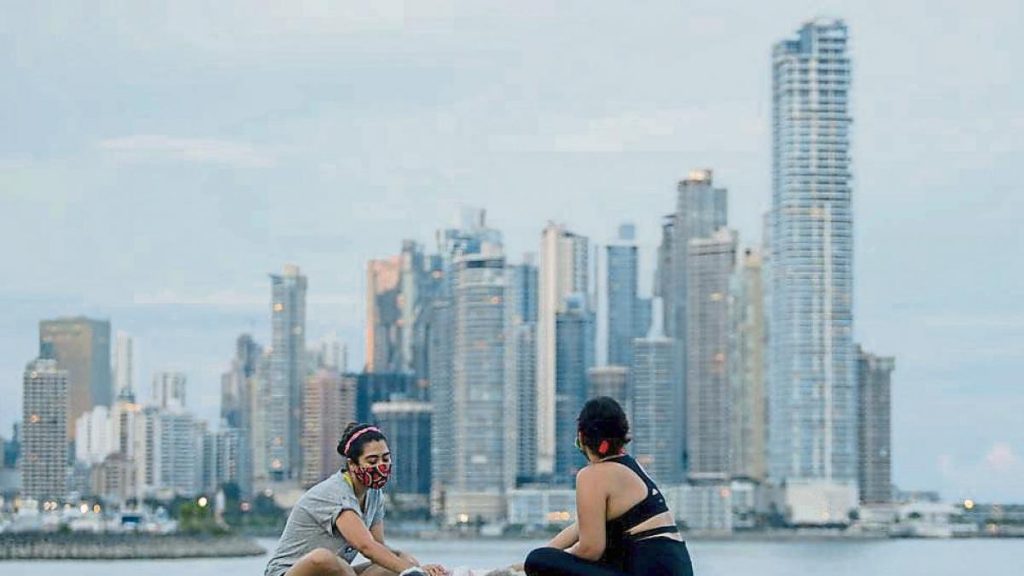 For some at least. The regularity of releasing long lists of related characters, and hiding their vast fortunes from the treasury, forces us to think. The usual discourse asserts that corruption is harmful to economic activity. But it is clear that some of the powerful do not think so. On the contrary, companies of this type do very well. They gleefully swim in the dark waters of opacity and astronomical bills in exchange for political favours.

The new discoveries of Pandora’s List certify the deeply rooted penchant of many powerful people to do things as illegally as possible, including on list misdeeds, bribes, exchange of favors, various quirks, and ultimately, tax crimes.

Despite the fact that the so-called battle against tax havens and shadow money has been a global campaign for decades, the issues continue without respite. That same week, the European Union again gave birth to a rat on the matter, its new list of tax havens: Panama, American Samoa, Fiji, Guam, Palau, Trinidad and Tobago, the Virgin Islands, Samoa and Vanuatu. Everything is very far. A long look at the Ecofin, it reaches the borders of the Pacific Ocean and the warm waters of the Caribbean Sea. Why bother looking at the places closest and very active in the asset stash business. None of the Channel Islands is under British jurisdiction.

Not to mention Dutch legislation, the entry and exit door to a long string of mysterious destinations on the most exotic seas. A country that, by the way, has its finance minister Wopke Hoekstra, a self-described frugal every time a crisis occurs in the eurozone, is among those stripped naked on Pandora’s shameful list.

Why do we speak, too, of laxity in this area of ​​the City of London, even though former Prime Minister Tony Blair is also one of the elect. In that city more than 1,500 luxury properties were purchased using these opaque companies, in many cases by corrupt politicians, criminals and UK Conservative campaign funders. The British government has for years promised to enact legislation to prevent such operations and corporate name rebellion, without making tangible progress.

The relationship between Spanish growth, the bubble and corruption still needs to be explored

In the Bandura Papers, which, while important, are only a sample of the work of a group of law firms, there are as many as three leaders active in Latin America and 11 others who have been active in the past. In total, 35 presidents or former presidents around the world.

In the case of Brazil, the continent’s leading economy, the current Minister of Economy, Paulo Guedes, and the head of the Central Bank, Roberto Campos Neto, appear on the list. The radii of those involved reach all corners of the planet, from Japan to America, via Europe and Africa, but most of the documents are related to consulting firms focused on Latin America.

The other common feature every time one of these horrific lists is released is the emergence of legal treasuries and the primary financial circles that make all dreams of opacity and financial and social irresponsibility possible. Even if it’s for a while, it’s already known that in the long run…

See also  Keys of the day: UK and its stagnation this week, Spain will go to 13.6% unemployment and stock markets will rise

In Bandura’s case, the most striking name is that of the world’s premier law firm, Baker McKenzie, who was tasked a few years ago by the Kuwaiti KIO group to sue Javier de la Rosa and his gang for looting Grupo Torras, which helps large multinationals to hide huge amounts of money. of dollars. In addition to a series of small bank branches, the second shadow marks, to large global financial institutions. Also from some large corporations setting up their own banking entities to direct their operations.

Regarding the coexistence of corruption and some corporations, the Pandora Papers provide a very glaring example in the case of Sebastian Pinera, the current president of Chile. Now in his second term since 2018. The first period was between 2010 and 2014. Initially he sold a $14 million company in his country. compared to 128 in the Virgin Islands. With a commitment to give the project an environmental green light from the Presidency of the Government to collect the third and final installment.

The European Union stops the mouse: a list of distant and exotic tax havens

While this was happening, his first government delivered a superb performance in economic management, praising Orbe and Orbe, with surprising growth of more than 5% per year, at the expense of harsh reforms, implying a climate of strong opposition and intense social tension, with students and miners. A critical situation that definitively exploded in his current term, with a real popular uprising in the fall of 2019, to which Pinera responded first with repression, and when that failed, by following the so-called new social agenda. Is there a relationship between this social tension and the behavior of the elites that Pinera represents?

Although it is not necessary to go that far either. In Spain, for example, the time of the real estate bubble, when it burst, revealed a good series of stories in which good business went hand in hand with corruption. Especially in the pioneering growing community, the new Spanish mover, Madrid, where even the president, Ignacio Gonzalez, ended up in prison for his leading role in the conspiracy and his misdeeds when he was the right-hand man of leader Esperanza Aguirre. The relationship between political behavior and economics has yet to be explored. By the way in Catalonia.