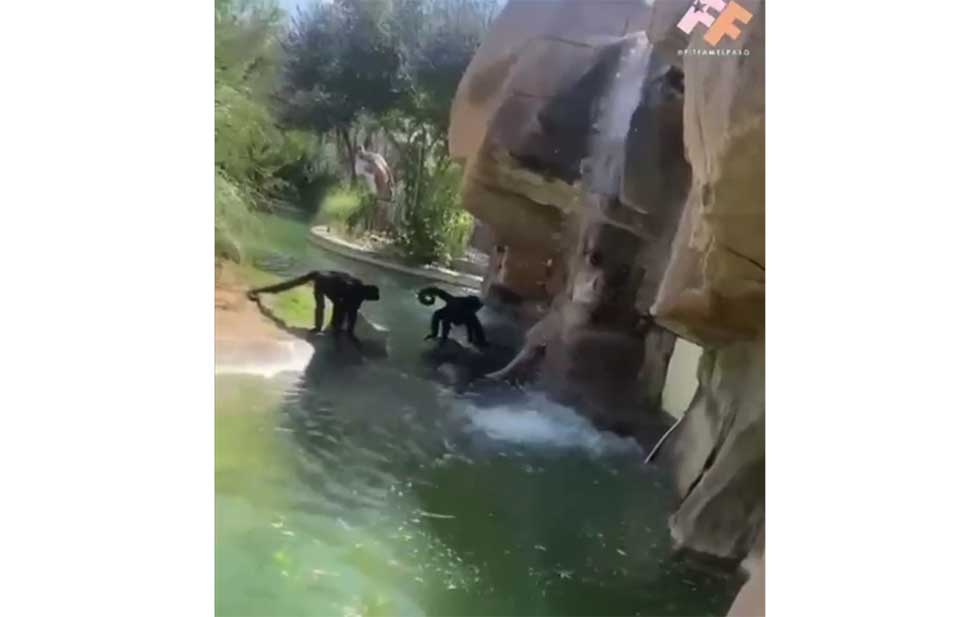 A video clip of a woman living in the habitat of a pair of spider monkeys at El Paso Zoo soon went viral after it alarmed thousands of El Paso and foundation staff who had denounced her and are now seeking criminal charges against her, according to authorities. .

In a video released by FitFame El Paso over the weekend, a woman inside the exhibition is shown trying to feed spider monkeys in an area they “inappropriately” entered.

Zoo director Joe Montesano said that to enter the exhibition, the woman had to jump on a fence, climb up some bushes, cross a small river, to finally reach the waterfall shown in the video.

Montesano asserts that the procedure was somewhat risky and “stupid” because it put the animals and their person in danger.

“It was stupid,” said the director. “These animals are very strong and have big fangs. He was lucky that things weren’t worse, which is why there is a barrier between us and the animals.”

Yesterday, an El Paso law firm identified the woman in the video as an employee of Lovett Law Firm and issued a statement saying she was immediately fired.

“We learned this morning that the person who was photographed invading the spider monkey barn at El Paso Zoo was an employee of Lovett Law Firm.” She was fired.

The company has always been a staunch supporter and advocate of animals. We absolutely do not tolerate this irresponsible and reckless behavior. We support El Paso Zoo, we are thinking of spider monkeys, Libby and Sundays, and we hope they recover from this painful experience.

For its part, the El Paso Police Department said that the zoo has filed a complaint and the case is still under investigation, with possible criminal charges against the woman.