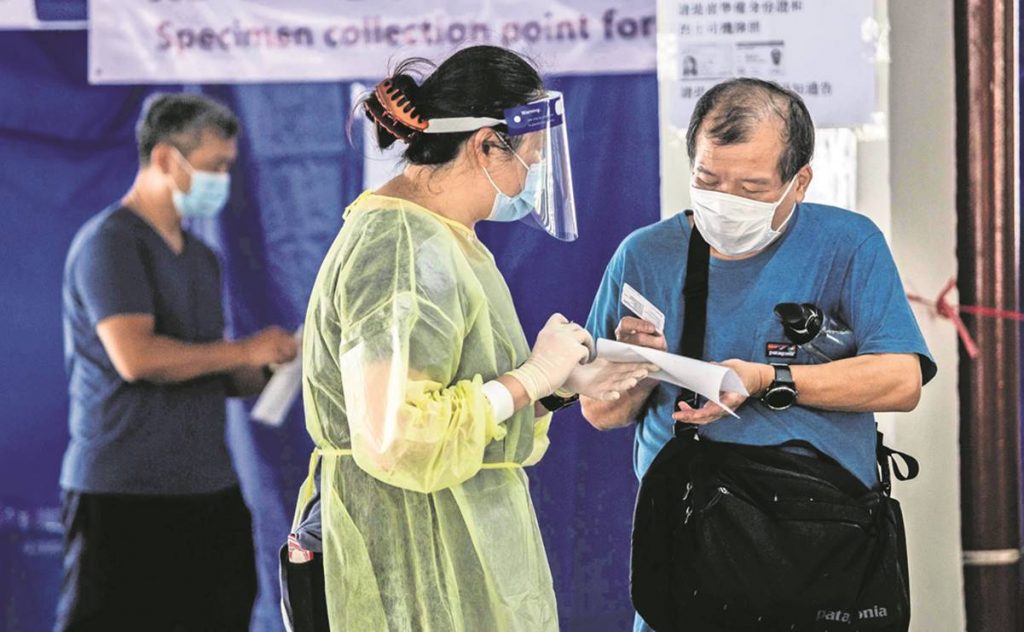 Hong Kong I get dosed Vaccines against Covid-19 A local authority warned on Tuesday that its expiration date is nearing and very few people have registered to receive them, given residents’ mistrust.

The former British colony is one of the few places in the world that can secure more than enough doses to vaccinate its 7.5 million population, but mistrust of the government, combined with disinformation on social networks and few infections, has caused a low level of vaccination.

On Tuesday, a member of the government’s Vaccine Committee warned that Hong Kong residents “only have a three-month window” before the first batch of Pfizer-BioNTech vaccines expires.

“These vaccines have an expiration date,” Thomas Tsang, a former comptroller for the Health Protection Center, told RTHK Radio.

“It cannot be used after the expiration date, and BioNTech’s community vaccination centers will stop in September as planned,” he added.

To date, only 19% of the city’s population has received one dose of either vaccine, while 14% have received both doses.

Even among health workers, there are doubts about receiving vaccinations. This month, the City Hospital Authority revealed that only a third of its employees had been vaccinated.

Hong Kong received 3.26 million doses of vaccines from Pfizer-BioNTech, but only 1.23 million were injected.

“What we have is probably all we have this year,” Tsang warned.

Hong Kong received about 2 million doses of Sinovac, but this vaccine could be kept for a little longer (one year).

Warning from the authorities Hong Kong It is happening at a time when other regions of the world, especially low-income countries, are racing to obtain vaccines to combat outbreaks vigorously. Covid-19.

Six Latin American and Caribbean leaders on Monday asked the international community to get vaccines fairly and for rich countries to share their surpluses.