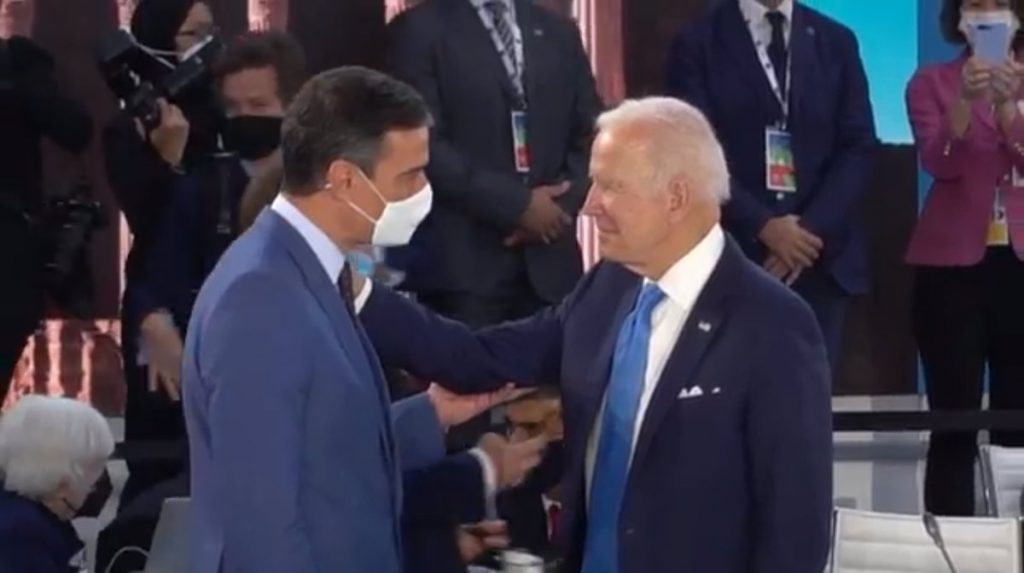 Prime Minister Pedro Sanchez briefly received the President of the United States, Joe Biden, before entering the plenary session on “The Global Economy and Health” within the framework of the G20 meeting in Rome.

According to the video Moncloa posted, Sanchez and Biden shook hands and exchanged a short greeting for a few seconds. After that, Sanchez received the President of Turkey, Recep Tayyip Erdogan.

Prior to the plenary session, Sanchez held an informal bilateral meeting with the Managing Director of the International Monetary Fund, Kristalina Georgieva.

The meeting was, as usual, behind closed doors and without journalists, but – according to sources from Moncloa detailed to the accredited press – the representative of the international organization temporarily framed the inflationary tensions that hit the eurozone and, therefore, as a transitional factor, although it did not specify a deadline for completion . Moreover, according to these same sources, the IMF will have full confidence in the government’s recovery plans.

Sanchez also participated in another bilateral meeting with Director-General of the World Trade Organization, Ngozi Okonjo-Iweala, where she addressed other issues of global importance such as climate change, the progress of the pandemic or the need to promote free trade. In addition, it was revealed that the pandemic has brought about significant changes in the global economy and that countries must adapt to it.

After the plenary session, in which 37 members participate with a speaking period of a few minutes and arranged in alphabetical order of the countries or organizations they represent, Sanchez will hold a meeting with the Prime Minister of Canada, Justin Pierre James Trudeau, with the new Secretary-General of the Organization for Economic Cooperation and Development, Matthias Cormann, and the President Argentina, Alberto Fernandez and with the Prime Minister of Australia, Scott Morrison.

See also  6600 'Most Influential' Researchers Named in the World

To complete the agenda for this Saturday, the first day of the summit that ends on Sunday, Sanchez will participate in a parallel meeting, at the French Embassy in Italy, organized by French President Emmanuel Macron, in which other heads of state and government will participate. European Union and Africa. The last meeting is expected to talk about the new European Charter on Migration and Asylum in the European Union.