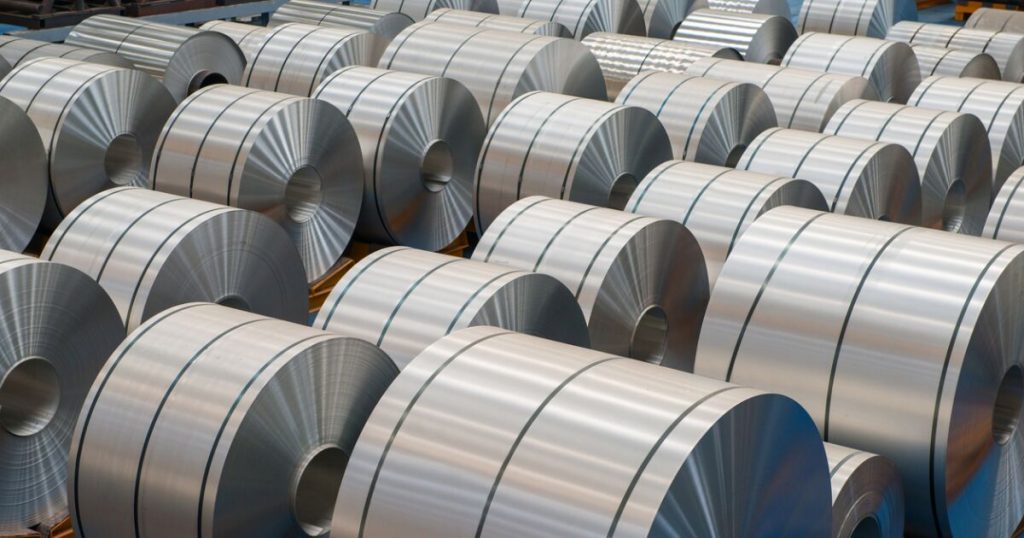 It also ends one of the allies’ biggest areas of friction and allows them to focus on negotiating new global trade deals to address global steel and aluminum overcapacity focused primarily on China and reduce carbon emissions from industries.

US officials have not specified how much duty-free steel will be allowed in the US under the EU’s agreed quota system. Sources familiar with the matter, who spoke on condition of anonymity, told Reuters that annual quantities in excess of 3.3 million tons will be subject to taxes.

The agreement gives an additional two years of duty-free access over the quota for European Union steel products that received exemptions from the Trade Ministry last year, according to US officials.

The agreement requires that steel and aluminum in the European Union be produced entirely in the bloc, a standard known as “smelting and casting”, to qualify for duty-free status. This ruling aims to prevent minerals from China and non-EU countries from being minimally processed in Europe before being exported to the United States.

“The agreement to eventually negotiate a carbon-based clause on steel and aluminum trade addresses both Chinese overproduction and the carbon intensity of the steel and aluminum sector,” National Security Adviser Jake Sullivan told reporters from the White House.

“It shows that we can solve the climate crisis while at the same time better protecting our workers, and that we don’t have to choose between the climate or the economy.”

Officials in Washington said the agreement also eliminates retaliatory European tariffs on US products, including whiskey and Harley-Davidson motorcycles, which were due to double on Dec.

The United States allows duty-free imports of steel and aluminum from North American trading partners Mexico and Canada, with a mechanism that allows for tariffs to be reimposed in the event of an unexpected “surge” in import volumes.

With information from Reuters and EFE