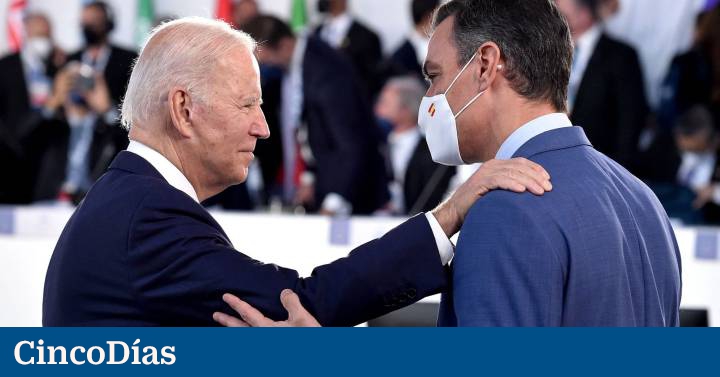 The leaders of the Group of Twenty agreed today in Rome to adopt a Minimum global corporate tax of at least 15%As a measure to achieve a more fair tax system and prevent companies from taking advantage of satisfied tax systems and not paying taxes in the countries in which they operate, according to sources familiar with the sessions held behind closed doors, today.

According to sources, the leaders reached this historic agreement After four years of intense debate,It is a two-pillar system that will address the financial challenges posed by the digitization and globalization of the economy.

The mechanism, to be adopted by 2030, follows the path already set by the Organization for Economic Co-operation and Development (OECD) for a two-pillar system. The first establishes that the size of the companies’ residual profit (which remains after the country in which the head office is located has retained the tax corresponding to 10% of profitability) will be distributed among the countries in which the companies operate, and the second establishes a minimum corporate rate of 15% for companies with a size of Sales at least 750 million euros.

On October 8, the Organization for Economic Co-operation and Development reported that 136 countries and jurisdictions, which cover more than 90% of global GDP out of 140 participating in the negotiations, agreed that the figure for Pillar One would be 25% of that residual profit, after even Now it is being discussed between 20 and 30%.

See also  What does Krugman think of what could happen to the US economy? Interest rate, GDP growth and inflation risk in the post-pandemic period

The sources indicated that the agreement included Fair, modern and efficient tax rules, which are also essential to boost investment and growth. They said that the first pillar agreement includes a commitment Eliminate taxes on existing digital services and other similar unilateral measures, as well as refraining from imposing new taxes of the same type in the future, as soon as the new rules come into force.

in this meaning, Italy, Austria, France, UK and Spain have made an agreement with United State On the transformation of taxes on existing digital services into new international standards. For its part, the United States has committed to ending the trade sanctions that the United States Trade Representative has adopted against these countries.

In the first session, the leaders also discussed the approval of the new issuance of the Special Drawing Rights by the International Monetary Fund and the innovative mechanism for its reallocation.

The summit began this morning with a session devoted to the global economy and health, and will conclude tomorrow with a press conference by the Italian Prime Minister. Mario Draghi, which will summarize agreements reached on issues such as taxes, pandemics, economic recovery and climate change.

The summit was attended by US President Joe Biden. that of France, Emmanuel Macron; Argentina, Alberto Fernandez, and Brazil, Jair Bolsonaro, among other heads of state, as well as the head of the Spanish government, Pedro Sanchez, as permanent guests.