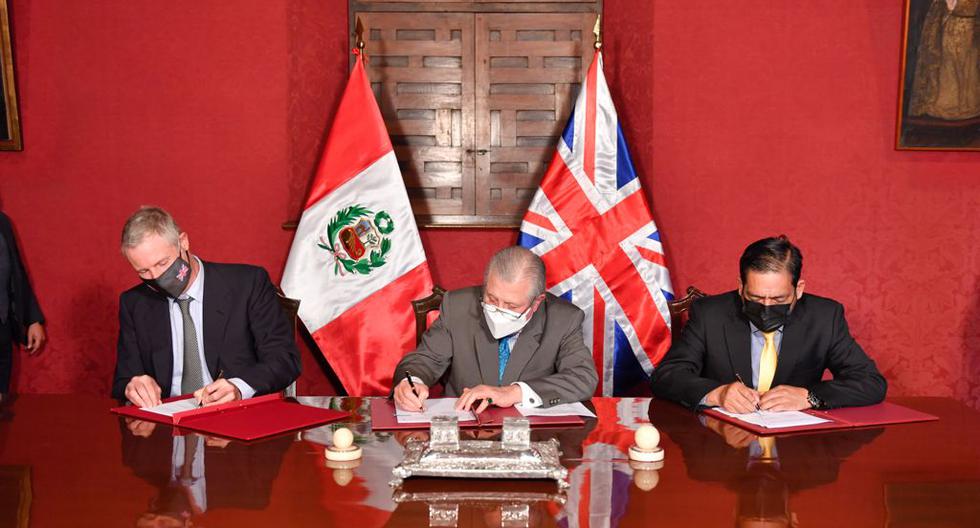 The Ministers of Foreign Affairs, Oscar Martua, and the Minister of the Environment, Ruben Ramirez, today signed a letter of intent for cooperation between Peru and the United Kingdom with the Biodiversity Landscape Fund, which will allow the financing of sustainable development projects in our country.

The representative of the United Kingdom, Lord Goldsmith of Richmond Park, highlighted the values ​​shared with Peru, particularly in relation to biodiversity conservation and the fight against climate change.

This initiative manages around £100 million in projects to preserve ecosystems, reduce poverty and combat climate change in areas of high biodiversity importance.

In addition, it identified the El Cóndor-Kutukú Protected Corridor (border area with Ecuador, 11,000 km²) as one of the six priority landscapes for the fund, with up to £15 million being considered over seven years.

The Landscape Biodiversity Fund will be implemented after the next signing of the Memorandum of Understanding between the two countries, scheduled for next November, within the framework of the United Nations Climate Change Conference (COP26) to be held in Glasgow, UK.

Peru will participate in COP26 while exercising the professional presidency of the Independent Association of Latin America and the Caribbean (AILAC) – an official negotiating group, also made up of Chile, Colombia, Costa Rica, Guatemala, Honduras, Panama and Paraguay – as well as part of our commitment to multilateralism to work constructively towards the goals set and in the face of agreements More ambitious to limit global warming.