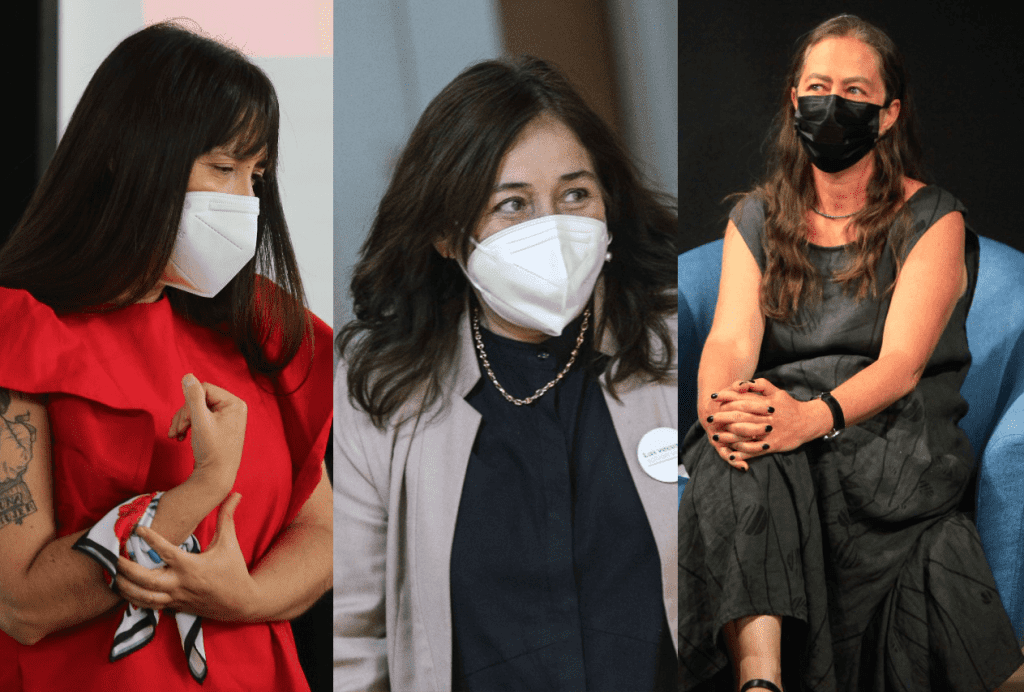 “Many of the critics of the past 30 years are the Children of Becas Chile, a program at the heart of the copper boom which, as a result of an important financial effort, has allowed many of these young people to go to study and improve their education outside Chile. Chile with a scholarship.” Sentence He said it in January of this year Former Minister Jose de Gregorio. And he was right if we take a look at his closet President Gabriel Borek.

Although the president has given frequent nods to the work of his predecessors in office, within his cabinet there are representatives who have been particularly critical of the “Thirty Years,” many of whom were recipients of a government scholarship to study graduate studies either in Chile or abroad.

According to the information obtained Bookcase By requesting transparency to National Agency for Research and Development (ANED)Of all the ministers and undersecretaries in the current government, 19 have received the Chile Scholarship, the President of the Republic Scholarship, or the Konsett Scholarship.

Three entities have received more than one scholarship

Of all the cabinet members, Enid’s records show that three have been awarded two scholarships for postgraduate studies abroad. For example, Under Secretary for Economic Relations, Jose Miguel Ahumadawas awarded a Chile Scholarship in 2011 to pursue a Master’s degree in Development Studies at London School of Economics from England. The following year he was awarded another scholarship for his Ph.D. in the same subject, but this time in Cambridge University. According to records, he graduated with two postgraduate degrees.

Undersecretary of the Ministry of Higher Education Veronica FigueroaIn 2002, he won a Presidential Scholarship for a Ph.D. in Business Administration and Administration in Higher School of Business and Management (Esade) from Spain. Subsequently, in 2013, a Chile Scholarship was awarded to undertake a postdoctoral study on the comparative study of multicultural policies applied to indigenous peoples, in Stanford University from the United States. Both studies were completed successfully.

The last case is that of the Minister of Health, Maria Begona Yarzawho was awarded a Presidential Scholarship in 2000 to pursue a master’s degree in public health in Pompeu Fabra University from Barcelona. In 2002, he was awarded another similar scholarship for Ph.D. in Health and Life Sciences at the same university. However, according to Tenacious records and his autobiography published in web page From the Ministry of Health, this Ph.D. is not completed. The qualifying term expired in 2003.

Deadline expired: Yarza, Faúndez and Kunze did not complete their studies despite receiving a scholarship

The case of Minister Yarza, who did not complete her studies despite receiving a state grant, is not the only one.

Undersecretary for Children’s Affairs Rossio Fondez (RD), in 2007 received a Presidential Scholarship to pursue a PhD in Political and Social Sciences in Autonomous University of Barcelona. According to Enid, she did not have a degree The state spent an amount 17 million dollars. According to the same organization responsible today for the scholarship system, the deadline for completing studies expired on September 19, 2013.

Finally, there is the case of the Undersecretary of the Ministry of Tourism, Veronica’s Kons. In 2001, she was awarded a Presidential Scholarship for a PhD in Economics in Cambridge University United Kingdom, but according to Anid and his biography published in proxy pageAfter the degree period ended, he did not complete his studies.

And the Undersecretary of the Ministry of Economy has not yet finished her studies. Xavier Petersen. Communist Party activist and part of the Daniel Gado campaign team received a Chile scholarship in 2020 for a doctorate in innovation and public policy in University College London. To finance their studies and keep them in the UK capital, the state has allocated $68 million. The difference with other authorities is that Petersen has until September 2029 to complete his studies.

Through the transparency system, Bookcase stubborn asked about Consequences of not completing their studies within the specified period for the scholarship recipient.

They pointed out from the Human Capital Sub-Directorate that “each case should be analyzed in light of the information provided by the beneficiary and the regulations governing each scholarship and it will be (the outcome) that will be determined in each case according to the scholarship. Obtaining the signed agreement and after the scholarship analysis and monitoring process the interview “.

In the past, El Libero carried out the same process with the powers of the second government of the president Michelle Bachelet.

On that occasion, he realized that the then Undersecretary of Crime Prevention, Anthony Frydid not complete his doctoral studies in humanities, political and regional sciences at Grenoble II University in France, for which the state paid $49,490,147.

For this reason, Frey had to sign an agreement with Conicyt to return the total amount of benefits awarded to carry out his Ph.D.

Response of those who did not complete their studies

Bookcase They contacted the communications team of the three entities who did not complete their postgraduate studies. Target? Find out the reasons for this and see if they have to return the money at that time.

Undersecretary of the Ministry of Tourism Veronica’s Konsindicates that in 2005 he graduated from doctoral studies in economics at Cambridge University, where he presented the first submission of the thesis. “Due to family and personal reasons, among others, I unfortunately did not make corrections to the comments made and did not achieve the final delivery of the document, despite the intention to terminate the process,” he asserts. .

«The scholarship payment is currently in the evaluation process To return the money that was handed over, an analysis that also considers that I complied to return to the country and work in the public sector and/or academia, which I have done for 12 years.”

From the Undersecretary for ChildhoodMeanwhile, point out that Undersecretary Rossio Fiendez “He was awarded a PhD scholarship in political and social sciences from Pompeu Fabra University. For family and personal reasons, complete part of the program and earn a master’s degree. After returning to Chile, he made official arrangements with Conicyt to return the scholarship, without receiving a response. Given this situation, on March 21, 2021, I submitted a request to the Comptroller’s Office, which was responded to in May 2022, with opinion E215460 / 2022. The stubborn, as a result of opinion, is to recalculate the debt As indicated by the observer.

At the conclusion of this note, From the head of the Communications Department at the Ministry of Health, he did not respond to questions Presented to Minister Yarza.

The ranking of the entities that received the largest amount of money from the state to pursue their studies, either for one grant or for two grants, led by the Undersecretary of the Ministry of Economic Relations Jose Miguel Ahumada. Among the scholarships obtained to pursue master’s and doctoral degrees, the treasury spent an amount of $123 million.

According to Enad’s information, he was followed by the Minister of Economy, Nicholas Grauwho received a scholarship from 100 million dollars He received his Ph.D. in economics from the University of Pennsylvania.

And the third in the ranking is the Undersecretary Xavier Petersen ($68 million), and they follow Giorgio Bocardo ($58 million), Maria Polina Soto ($33 million) and Christopher Pineda ($32 million).

It was not possible for the state to disburse all the funds to scholarship holders. The explanation was given by Anid, through a request for transparency: “The grants of the President of the Republic were granted and implemented by the former Mideplan. In this sense, Anid does not have information on payments made prior to the transfer of this instrument to the former Conicyt.

The UK was the preferred destination among 19 ministers and deputy ministers From the government of President Borek who was awarded a scholarship to pursue a postgraduate degree. The authorities that chose this country were Ministers Claudio Hopi and Maria Heluisa Rojas. and Deputy Ministers Jose Miguel Ahumada (he received two graduate degrees there), Veronica Conzi, Javiera Petersen, Jimena Fuentes and Cristobal Pineda.

It was the country that got second place in the preferences Spainwhere she studied Minister Yarza (she finished one graduate degree, the other did not) and undersecretaries Jaime Gagardo, Rossio Fiendez, Macarena Lobos and Veronica Figueroa.