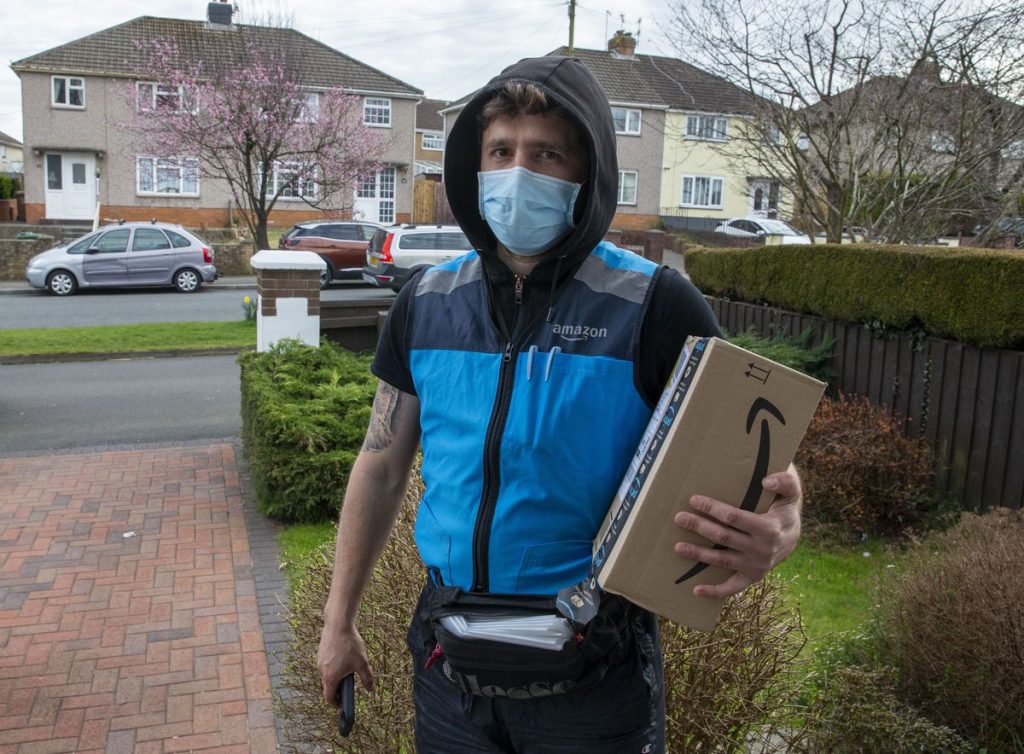 The pandemic has been a disaster for many businesses, but it has also been a powerful catalyst for online sales. Tight restrictions, fear of contagion, and the needs of new products have increased the share of online purchases in total transactions in 2020 from 16% to 19% in seven of the world’s largest economies – which accounts for two-thirds of global e-commerce – according to report This Monday was published by the United Nations Conference on Trade and Development (Unctad, for its English acronym).

The UN agency takes this group of seven countries – the United States, China, the United Kingdom, Canada, Australia, South Korea and Singapore – as a reference for ecosystem behavior. Online In major advanced economies, the data couldn’t be clearer: Faced with a 1% drop in total purchases – led by a breakdown in physical transactions with a combination of mobility restrictions and less willingness to spend in the face of many families’ economic hardship – those that were implemented across The network grew by 22%.

The rise was especially important in countries where the prevalence of e-commerce was already higher before the pandemic. Thus, in South Korea, one of the world leaders in this field, online transactions went from representing 20.8% of the total at the end of 2019 to 25.9% at the end of last year. In China, another country in the leading group, it increased from 20.7% to 24.9% and in the UK, it shifted 15.8% in 2019 to 23.3%, the largest rebound in the group of countries surveyed.

See also  At T-MEC, the US is showing its concern about Mexico's performance

A quarter of the world’s population buy “online”

1,480 million people, that is, one in four people over the age of 15 worldwide, made at least one online purchase in 2019. This figure was already a 7% increase over the previous year, but the strongest increase will be known in the months Next, when Unctad publishes the numbers for 2020. It will already contain the strong stimulus that the pandemic has meant to digitalize trade.

Most of the online buyers have used the Internet to obtain products marketed by companies or individuals from the same country, but an increasing number have chosen to purchase products abroad: if in 2017 it was only 20% of the total, in 2019 this number had already jumped To 25%. With companies like Alibaba betting heavily on internationalization, China has been the biggest beneficiary of this pull of online transnational transactions: according to data from the Geneva-based organization, sales of the Asian transnational giant have easily exceeded $ 100,000 million (87,000 million). Euros) in 2019.

Winners and losers in an external year

The rise of online commerce has left more winners than losers, mostly in the United States and China. Among the first giants are Alibaba and Amazon, JD.com, Pinduoduo or eBay, which was able to capitalize on this boom with double-digit annual growth in one of the most complex years in recent history of multinational companies most dependent on physical trade. Also, the Canadian Shopify program, which managed to nearly double the Coronavirus in 2020, is against the background of Coronavirus. 72% increase in sales.

The opposite fate has come on the heels of the transportation and tourism-focused e-commerce giants: Airbnb, Booking, Expedia, or Uber, among others, which last year saw their growth trajectory truncated and their record plummeting by between 11% (Uber) and more than 60% (booking). And Expedia, hit hard by reduced demand for hotels).