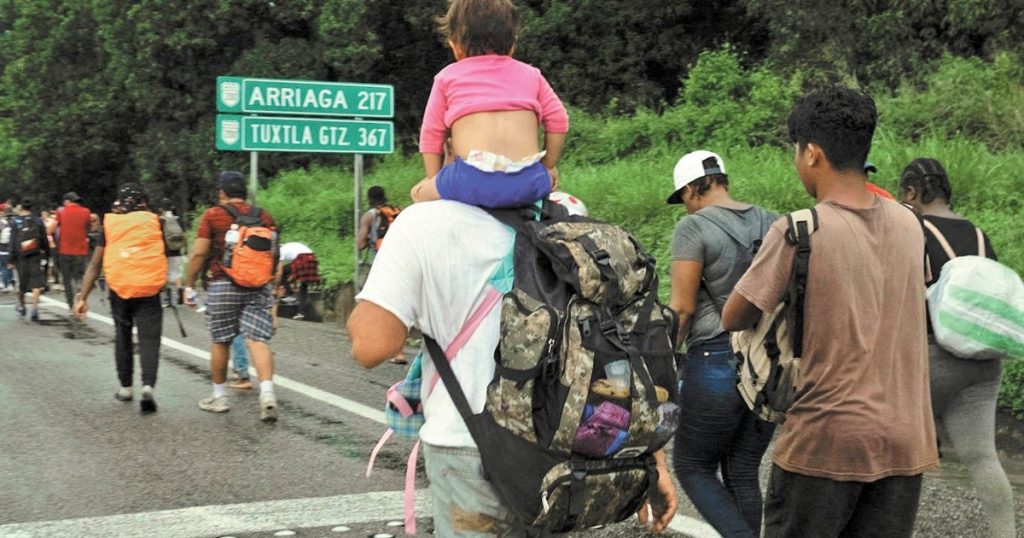 This was announced by the Minister of Foreign Relations, Marcelo Ebrard High-level Economic Dialogue (DEAN) between Mexico and the United StatesMexico, scheduled for September 9 in Washington, will seek to include the issue of immigration, because while recognizing that the main purpose of this meeting is the economy, Mexico hopes to get a positive response to the president’s proposals to invest in Central America with which it seeks to address the causes of immigration.

“One of the issues we will be discussing on Thursday, although the main objective is the economy, the important issue that you mentioned is the investment in Central America that Mexico and President Lopez Obrador have insisted on so much; we hope to get a positive response to start these investments,” he said at a conference. almost. it has been a long time”.

Meanwhile, President Andres Manuel Lopez Obrador confirmed that the letter they will send to President Joe Biden will be mainly on the issue of immigration and a proposal to order the immigration flow.

“So, instead of stopping the flow of immigration completely, people should be helped in their communities of origin, have options, have alternatives, and also open the possibility of giving them temporary work visas,” he explained.

Regarding the coercive measures that have been implemented in recent days, the president also said that these measures are being implemented “not only because the borders cannot be opened and everyone can pass freely, because they violate our laws, but it is not the case, that we must take care of immigrants, even if It was contradictory.

He justified this by saying, “If we allow them to cross into the north of our country to cross the border, we take risks, and many risks … we do not wish to misfortune.”

Therefore, Foreign Minister Marcelo Ebrard added, there must be investment in Central America, so that there is a regular mechanism of economic migration, and “the transition to another stage where migration is not a mortal risk, as we are witnessing now”.