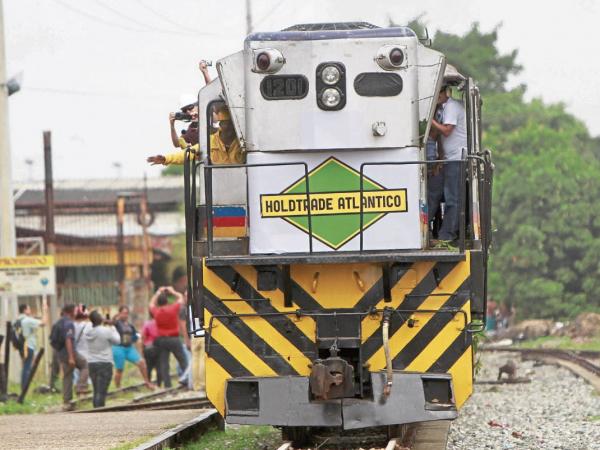 Colombia and the United Kingdom have reached an agreement on 400,000 pounds (about 550,000 dollars) to promote revival Official sources reported on Tuesday, strengthening the country’s railway operation.

(Read: The train, the protagonist in times of quarantine)

The goal, detailed between the Department for Transport and the UK Embassy in a joint statement, is to develop the “country’s railway regulatory framework”, for which they signed a Memorandum of Understanding that states “A vision for future investment in the Colombian railway sector.

For this, the “The process of green transformation of the sector, through the use of renewable energies and innovation in locomotives and new types of fuelsUK administration.

(Read: The railway plan has already enabled more than 1,000 kilometers of commercial network)

“We are convinced of the importance of the railway sector in overall economic development, increasing competitiveness and achieving emission reduction goalssaid the UK ambassador to Bogota, Colin Martin Reynolds.

he added: “We are pleased to accompany Colombia in this process, share our experience in this sector and through this Memorandum of Understanding to consolidate and further expand our cooperation in infrastructure“.

On her part, the Director of the Department of National Planning, Alejandra Botero Barco, highlighted the collaborative work done by Colombia with the United Kingdom to revitalize the railway situation.

“The signing of this Memorandum of Understanding is essential to ensure that the railway mode is revitalized and its effective operation. The “Railroad Master Plan” proposed within its lines of action to conduct a study that would review, update and define a regulatory framework for the technical regulation, operation and safety of the system“, She said.

Facing a challenge from Colombia to revitalize the use of the railway sector, the Minister of Transport, Angela Orozco, noted that the “Railroad Master Plan” contains guidelines and recommendations for project planning, financing scenarios and regulations.

“For us, the signing of this Memorandum of Understanding with the UK Government is of paramount importance as it will allow us to begin implementing the regulatory aspects and strengthening the professional capabilities of the Colombian railway sector.Minister said.