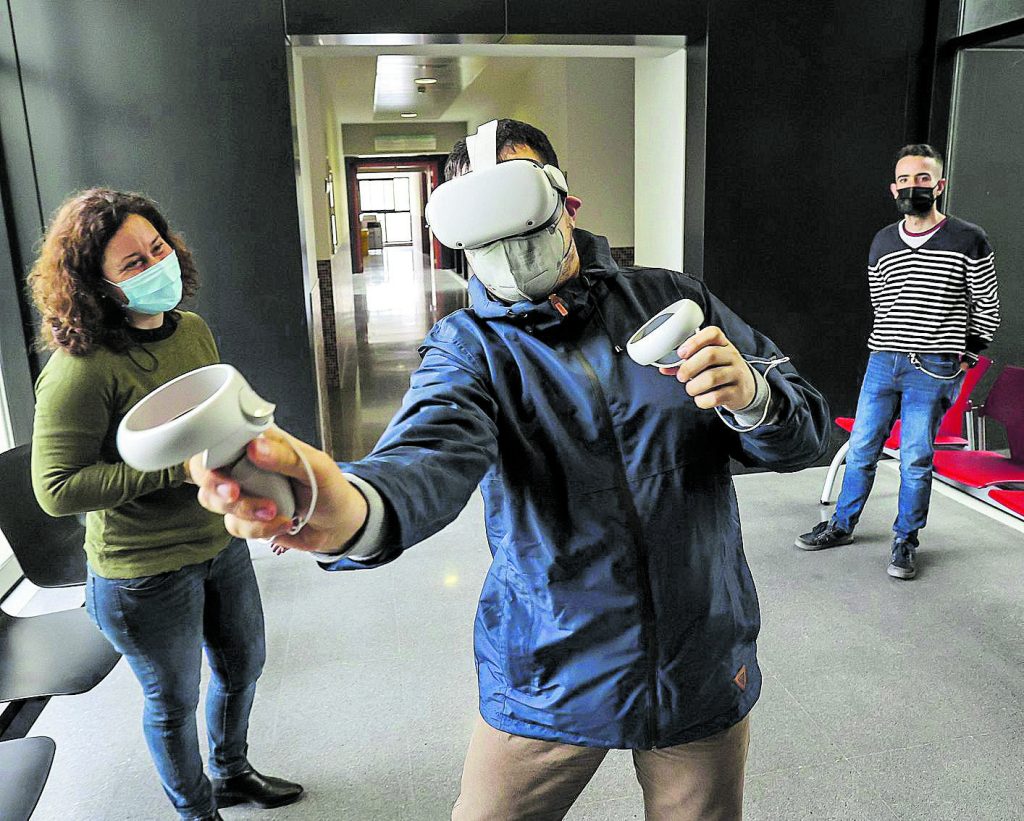 Innovation and new technologies have become a very essential tool for the advancement of business in an increasingly competitive world. The Technological Institute of Children’s and Leisure Products (Aiju), based in the municipality of Alicante in Ibi, knows a lot about this and, over its long history, has rendered commendable service to sectors such as gaming in this regard. But now he wants to go a step further and put the research conducted in this field at the service of the needs of different groups. This is the case of some video games that aim to inculcate healthy eating habits among the greatest VR goggles, or VR goggles to boost job prospects in young people with Asperger’s syndrome.

Regarding the first initiative, there are already more than 50 people, including healthcare professionals, nutritionists and people over 55, who have tested the digital platform for interactive games developed by the institute. These games, which are part of the European Food Gaming for Active Aging project, can now be used through the project’s website, and develop the importance of choosing the right ingredients and cooking them correctly. It is completely free and raises awareness of what a balanced diet is in an educational and fun way.

According to various studies, in Europe, between 30% and 50% of people over 55 years of age suffer from malnutrition, a fact that increases the risk of disease and mortality, and significantly reduces their physical and mental activities. . In this sense, the European project, coordinated by the Association E-Seniors in Paris, with the participation of Aiju, the Scottish University of Abertay and the Italian technology company Viteco, is trying to raise awareness about healthy eating habits in an effective and at the same time fun time.

In addition to games, the project has also worked on developing a nutrition guide for the elderly to learn and understand simple rules of nutrition. Thus, the guide and the games themselves contain information on the different food groups, the nutritional needs of individuals and the physiological and psychological changes and lifestyle changes that occur after the age of 55 years. There are also practical tips for preparing meals, taking into account the seasonality of ingredients, and suggestions for healthy recipes typical of the four countries involved in the project, such as France, the United Kingdom, Italy and Spain.

Aiju was directly involved in the embodiment of the digital platform for educational games, based on the semantics of the guide. In this sense, the project coordinator, Rossio Zaragoza, explains that the “fun tutorial” proposal consists of preparing different recipes in a virtual kitchen simulator. Users find themselves with various choices of ingredients and cooking methods that modify the nutritional properties of each dish. In this way, he adds, seniors “learn the importance of choosing the right ingredients and cooking properly to achieve a healthier diet.” The platform was tested at Ibi’s Aged Care Center.

Rossio Zaragoza It highlights that although this project focuses on the issue of food, Aiju has been developing video games for seniors for some time, on the grounds that they are “a very powerful tool for enhancing cognitive and physical stimulation. They learn through having fun.”

On the other hand, the institute has developed an ambitious application that uses virtual reality glasses so that young people with Asperger’s syndrome can practice in everyday work situations. With this tool, which is intended to be used in care centers for people with this syndrome, the user can put into practice, in a virtual office, various challenges and tasks that his co-workers may suggest.

The project, called Wootics, also included a good practice guide with information on how to prepare for a job, where to go for a job search, how to apply and write a resume, as well as cover letters or ’emails’. In addition to explaining what the selection process is with typical interview questions, it also adds tips for successfully staying in the job. Another tool is a ‘chatbot’, through artificial intelligence (AI), that helps young people with Asperger syndrome resolve doubts or conflicts about their ability to work, and address issues such as time management, clothing, interviews, socializing, hygiene, and conflicts and self. -Appreciation.

The origin of the project is the serious exclusion experienced in the workplace by people with Autism Spectrum Disorder (ASD). Despite the high rates of unemployment affecting this group in Europe, between 70% and 90%, these are individuals with qualities such as accuracy, focus, attention to detail, honesty or a preference for routine, which make them suitable for certain jobs. For the person in charge of this project in Aiju, Naomi RandoThe great educational value of Wootics is that it has been specifically developed to meet the needs and help this group, as there is nothing comparable yet.

The association Ásperger Alicante (Aspali) is involved in the project, where the application is being tested among the young people it serves. also SC Psihoforworld, a Roman entity caring for parents of vulnerable children; ALP, the Austrian Association for the Promotion of Social and Personal Empowerment; and the Institute of Applied Psychology and Social Sciences (IIAPHS) in Italy.