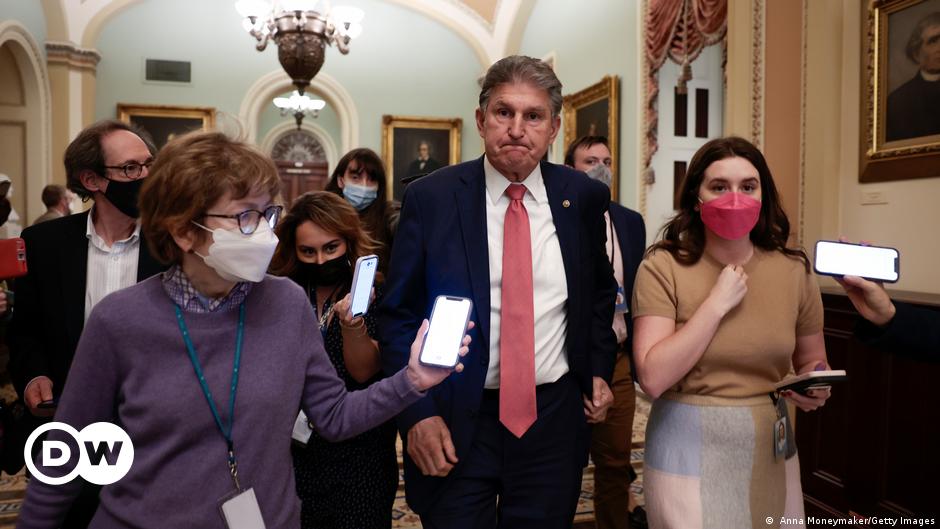 “I can’t go any further,” West Virginia Representative Joe Manchin told US television. And so the Democratic senator announced on Sunday (19/12/2021) that he would not vote for Joe Biden’s giant plan for social and environmental reforms, which appears to mark the end of a project that sought to change the United States. The senator argued that the bill would create unsustainable inflation and that some of its key measures could not be paid for. “We must choose our priorities,” he said, noting that the true social policy cost of the project would rise to $5 trillion after ten years.

“I can’t vote for that,” Manchin added, citing in particular the high prices and the extent of the debt. “I can’t. I’ve tried everything that is humanly possible, but I can’t,” added the senator who has amassed a fortune on fossil fuels. “Not”. West Virginia is the second largest coal-producing state after Wyoming, according to government data, and it generates 90% of its electricity from fuel. “If it’s something I can’t go home and explain to the people of West Virginia, I can’t vote for it,” he explained.

Called “Building Back Better,” the $1.75 trillion plan specifically provides for kindergarten for all children, tax credits for homes, and major investments to reduce greenhouse gas emissions. The greenhouse effect. Almost everything will be paid with higher taxes for the richer and larger corporations.

Although Manchin has been one of the main obstacles to this program of social and environmental reforms for weeks, few thought it would hold him back because of the damage it would do to Democrats. Senator Bernie Sanders has criticized Manchin and called for the vote to take place anyway. “If he doesn’t have the courage to do the right thing for working families in West Virginia and America, let him vote ‘No’ in front of the whole world,” Sanders said on Another US Network.

In a statement released after the interview, Manchin made clear that an increased US debt burden would mean a “radical impairment” of the country’s ability to respond to the coronavirus pandemic and other geopolitical threats.