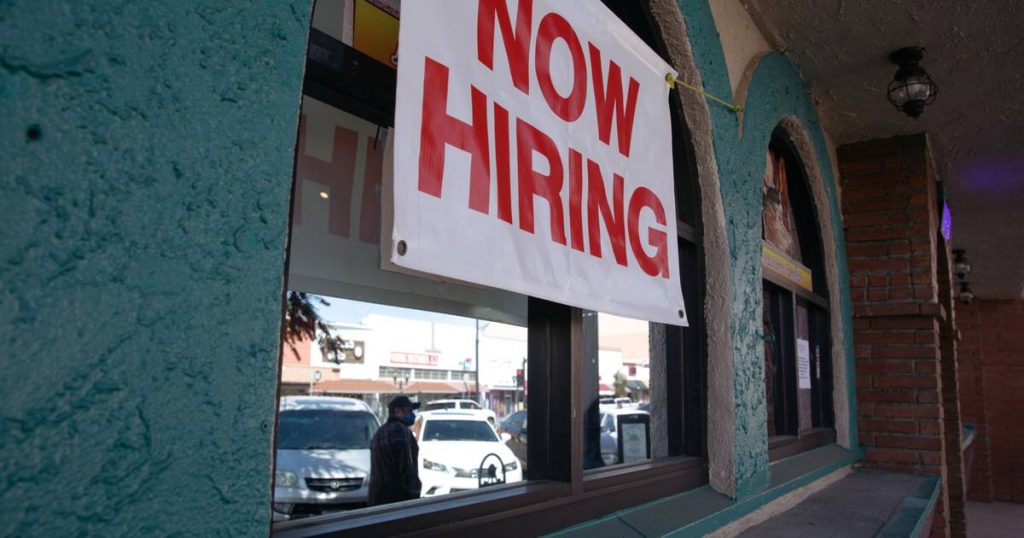 Since the second half of 2020, the US economy has experienced a rapid recovery, with GDP, in just four quarters, exceeding its pre-pandemic real value. One of the features of this revitalization was the insufficient progress in employment, despite the marked recovery in labor demand.

Inadequate employment is further made clear if one considers that part of the decrease in unemployment is due to the fact that many people have stopped looking for work and are therefore not considered unemployed.

Thus, the labor participation rate, which is the sum of individuals employed and looking for work, as a percentage of the working-age population, has recovered slightly and, since April 2021, has remained stable at a level of approximately two percentage points below that. February 2020.

The persistence of unemployment is strange because since May 2021, the number of vacancies has exceeded the number of unemployed people, with a positive gap of more than two million people last August.

The relative abundance of job opportunities can be interpreted as a positive outcome of strong aggregate demand and economic recovery.

However, staff shortages, seen in other developed countries as well, may delay rebuilding global supply chains affected by the pandemic, slowing the recovery of the economy.

In addition, competition between employers to attract and retain labor involves extraordinary wage increases, which benefit workers, but can complicate control of inflation, which has rebounded dramatically in that country this year.

There is debate among economic observers as to what could be the main causes of widespread human resource shortages. Some expected that ending additional unemployment benefits, in early September, and returning to face-to-face classes in schools, would lead to an immediate increase in the work participation rate, which has not happened, given the information available to date. October.

Most likely, there are various factors behind the limited availability of labour. Of course, the monetary stimulus from the federal government to urge people to stay at home, away from the danger of the coronavirus, has worked and could continue to sway through the savings accrued by preferred residents.

Other commonly mentioned considerations include fear of infection, particularly in occupations with close interpersonal contact; the need to support children at home, given the prevalence of distance education, at least in part; desire to change professions to jobs with better conditions; mismatch between skills and job requirements; Early retirement and old age.

Interestingly, an often overlooked component of the list of potential causes of labor shortages increases barriers to immigration. In particular, restrictions on the reception of foreign workers increased at the beginning of the administration of former President Trump, with the outbreak of the pandemic.

Consequently, the issuance of work visas has been drastically reduced and borders closed for “non-essential” travel, a ban that was recently suspended after nearly twenty months, on the condition that evidence of a certain type of vaccination against Covid-19 is shown.

See also  Tata Steel: The steel giant that rolls in the Netherlands due to its bad smoke | Economie

The shortage of human resources is widespread in sectors where immigrants have played a prominent role, such as construction, transportation, warehousing, restaurants and hotels.

Clearly, lowering barriers to immigration would benefit the United States. In the short run, it would alleviate the problems of labor shortage, and in the long run, it would enhance productive efficiency. Recognizing that this country has made progress, in large part thanks to immigrants, would be more than just a justification for this determination.