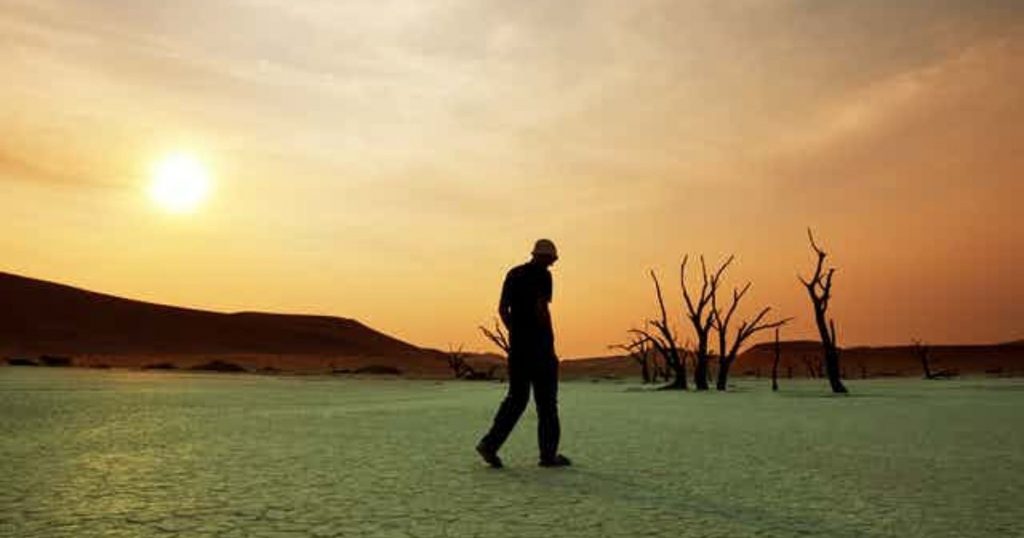 in a Paris AgreementCountries have pledged to try to limit temperature rise to 1.5 degrees above pre-industrial levels. However, even if they keep their promises to cut emissions, the reality is that we will see an increase of about 2.7℃. Thus, it is not surprising that nearly two-thirds of scientists who are part of the Intergovernmental Panel on Climate Change (IPCC, for its English acronym) have confirmed in magazine scan temper nature It is expected that temperatures will rise by 3 degrees Celsius or more.

In this case, how different are the effects of climate change with an increase in temperature of 3 compared to one of 1.5 ℃?

From the outset, it is important to note that even when negative impacts grow in line with temperature, the climatic impacts of 3°C will be more than double those we will experience by 1.5°C. This is because we are already 1 above pre-industrial levels, so the effects of a rise of 3 will actually be more than four times the effects of 1.5 ℃ (an increase from now on of 2 ℃ vs. 0.5).

However, in practice, the effects do not increase linearly with temperature. In some cases, the rise accelerates with increasing temperature, so the effects of 3 can be more than four times the effects of 1.5. In the most extreme case, the climate system could reach a tipping point that would lead the planet to a fundamental change.

Two years ago, my colleagues and I published an investigation about Impacts of climate change as a function of different levels of global temperature rise. We found that the global average annual probability of experiencing a major heat wave increases from 5% in 1981-2010 to 30% with 1.5℃ more, and up to 80% in the case of 3.

On the other hand, the average probability of flooding in rivers, which is currently 2% of years, rises to 2.4% at a height of 1.5 ℃ and doubles until it reaches 4% at 3 more. With an increase in temperature of 1.5, the proportion of droughts almost doubles, and by 3 in addition this number becomes more than triple (all these are global averages weighted according to the distribution of population or agricultural land. Here you can learn more details).

Of course, there is some uncertainty regarding this data, as shown in the graphs above, as it has been observed that the range of possible outcomes widens with increasing temperatures.

There is also great diversity in the world, which also grows as temperatures rise, adding to the geographical disparities of influence. The risk of river flooding will increase rapidly, especially in the Middle East Ali from AsiaFor example, while the risk of dehydration increases Much of the African continent At a rate much faster than the global average.

The difference between one 1.5°C warmer and another 3°C can be stark even in places like the UK, where the effects of climate change will be relatively less devastating than they are in other parts of the world.

in a A recently published study, a group of colleagues found that in England the average annual chance of a heat wave, as defined by the UK’s National Weather Service, rises from about 40% currently to about 65% with a warming of 1.5°C and exceeds 90% in the case of Planet 3 is getting warmer. Also at 3 more, the probability of experiencing at least one day per year of high heat stress due to heat becomes greater than 50%.

The average proportion of droughts is increasing at a rate similar to the global average. The odds of what is currently considered a flood within ten years in northwest England are increasing from 10% per year today to 12% at 1.5℃ above and 16% at 3% above current.

Globally, there is great variability in terms of impact across the UK: particularly in the southern and eastern parts of the country, risks related to extreme high temperatures and drought are increased, while in the north and east of the country the risks are increased. Increases the risk of flooding. Again, many doubts about these calculations invade us, but the difference between the effects according to different levels of warming is clear.

The graphs included in this article show us the impact of climate change on the likelihood or occurrence of meteorological phenomena. Actual consequences for people will depend on how these direct physical effects (droughts, heat waves, sea level rise) affect livelihoods, health, and the interactions between the various elements of the economy.

See also  The failure of Britain's exit from the European Union

Our experience during covid-19 tells us that what at first glance appear to be relatively modest initial disturbances in a system can cause an unexpected ripple effect, and the same can happen with climate change. If the relationship between warming and physical forcings such as melting glaciers and extreme weather is often non-linear, it is very likely that the relationship between warming and its effect on people, societies and economies is less linear. Taken together, all this means that a world with 3 more will be much worse than a world with 1.5℃ more.

This article is part of the coverage Chat on COP26Glasgow Climate Conference.

This article was originally published Conversation. Read the A native.