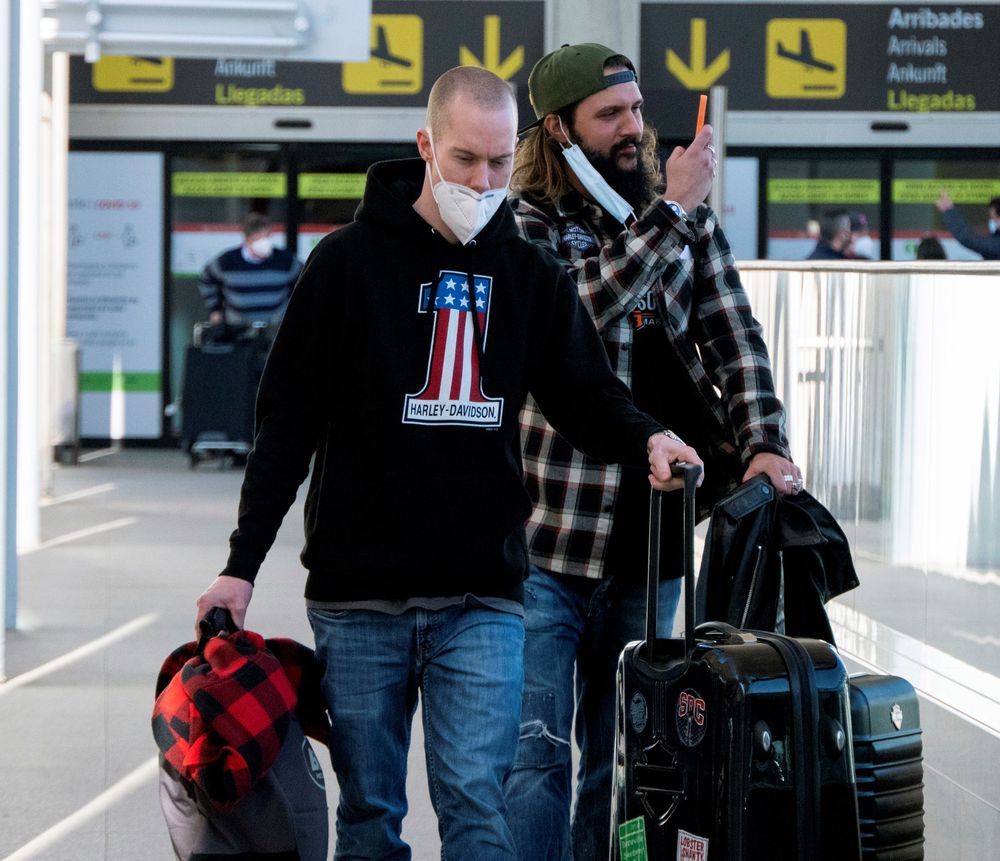 The European Commission on Monday asked Spain for “consistency” in the travel restrictions it applies within the national territory and regarding travel to and from other European Union countries. In addition, he indicated that the risks related to the Coronavirus are similar, whether they are domestic or cross-border travel. “recommendation [propuesta por la Comisión y adoptada por los Veintisiete] “Executive Community Justice spokesman Christian Wiegand said it clearly states that since transportation and risks are the same for national and cross-border travel, member states must ensure consistency between measures applied to both types of travel.”

These words come after weeks of confusion and misunderstanding about restrictions on movement within the country while the borders remain open. A contradiction that is more apparent in the face of the upcoming Easter holiday, when leisure travel between the autonomous communities will be restricted, but tourists from the rest of the European Union will be allowed. On many occasions, in addition, from regions with a much worse epidemic situation. For its part, the government of Spain defends these measures due to the difficulty of closing the borders and citing the low risks due to the small number of tourist arrivals, in addition to the fact that those who do so by plane or boat will have to present a negative PCR test to enter the country.

Vice President of the Government of the Balearic Islands and Minister of Tourism, Iago Negueruela, on Monday insisted on the government of Spain to “control all international travelers arriving on the islands one by one” and “ensure” that they are not infected. “We are risking our lives and our economy,” the spokesman stressed again at a press conference, warning of the rapid contagion and the “increasing” danger posed by the British strain. This control over international movements and review of the examinations that have been conducted is in line with the Foreign Ministry of Health, affiliated with the Ministry of Health.

These two measures, which appear to conflict with one another, have their origin in who and how these restrictions are imposed. On the other hand, internal mobility is restricted to self-governing societies, as the coalition government has delegated this responsibility to the autonomous communities. However, the regions do have the ability to close off their periphery, but they cannot prevent the entry of tourists from the rest of Europe. This can only be done by the central executive, which will have to notify the border closures, the maximum that has not occurred except for restricting non-essential travel from the UK – in effect since December 21 – and third-party countries. Outside the European Union. Thus, for months, the only requirement European travelers have to adhere to is to submit a negative PCR report if they enter the country via a seaport or airport.

Wiegand, when asked about the situation in Spain, preferred not to make specific comments on this particular case. Nevertheless, he added the UNHCR position regarding movements within and between countries: Europe calls for measures by region, depending on the health situation. However, he argues that these areas could encompass tracts of several countries rather than each of them separately, as is the case thus far.

UNHCR also advocates that closing the borders is not the most effective solution to controlling the epidemic. In fact, the executive body of the society has warned several countries, including Germany and Belgium, against prohibiting unnecessary travel outside their territory, which it considers disproportionate. According to the spokesman, the European Union has powers over freedom of movement within the Schengen area, but not over the measures that every country takes in its territory to contain Coronavirus infection, and hence this notification was only provided in this type of case.