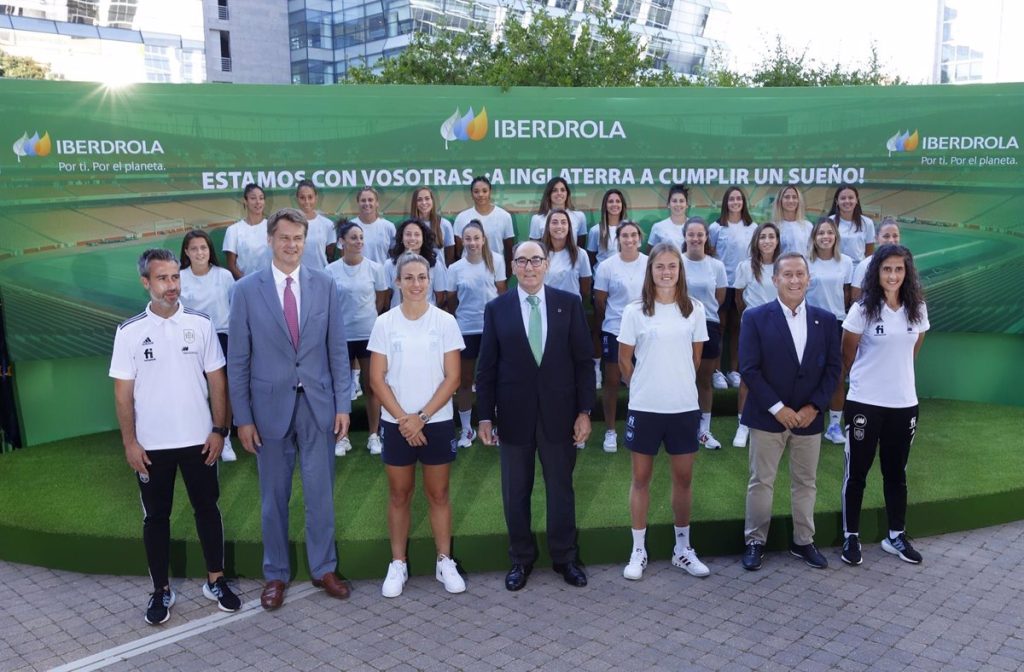 On Wednesday, the Spanish women’s football team visited the headquarters of Iberdrola Club in Madrid, the main sponsor of the national team, where it was greeted by its president Ignacio Galán who was accompanied by the UK ambassador, Hugh Elliott.

Galan conveyed all his support and leadership to the international players and coaching staff ahead of the European Championships to be held in England on July 6 in a meeting held under the slogan “We are with you, to England to make the dream come true!”.

The businessman reminded the players of the important role they play in building an egalitarian society, which has already been strengthened as mathematical references for many young women and girls, for whom they are a wonderful mirror to look at themselves.

“I think we have a very motivated team, a lot of desire, and I am sure they will give us very great moments in football. I trust and hope that with this energy and enthusiasm they have, they will bring us something important. I see them have the desire to fight and win,” he warned The president of Iberdrola Corporation in remarks made by the energy company.

Alexia Putellas, for her part, thanked Iberdrola for supporting “one of the biggest companies out there, so its speaker is important.” “It gives us a voice and our work helps us a lot in making everything visible,” the Golden Ball noted.

Irene Paredes considered the company “vital”. “He is our main sponsor and thanks to that we have more means and support to focus on football. I hope we can do something big, we have very high goals, but we put our feet on the ground and focus on preparing well,” the central defender warned.

Finally, midfielder Patricia Guigaro also thanked Iberdrola for the “very important” help and celebrated the fact that little by little there are “more players and more girls” playing football. “You’re betting more and even though there’s still a lot to do, I think we’re on the right track,” he emphasized.