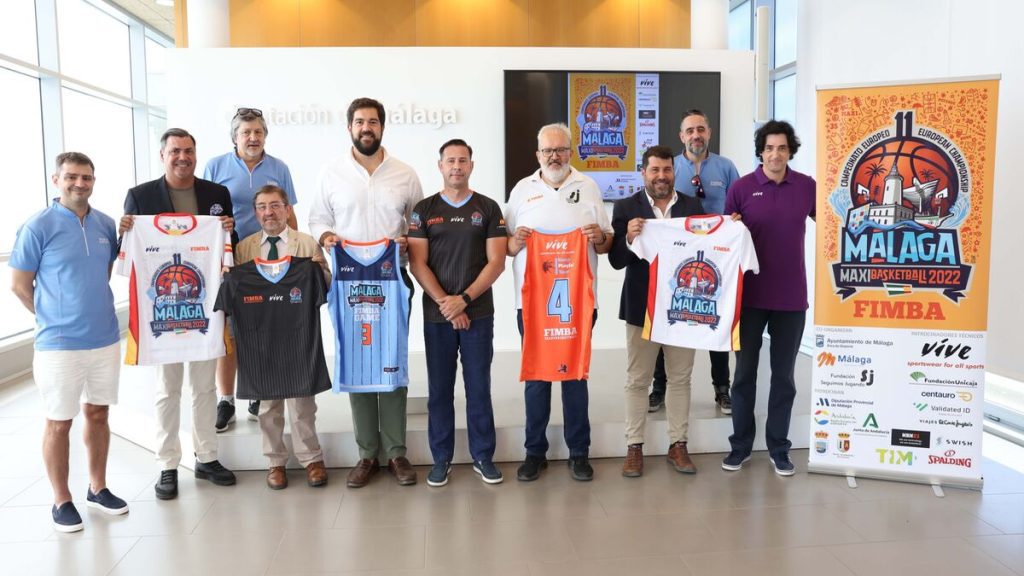 From Friday 24 June to 3 July, Malaga, Fuengirola and Cartama They will be scenery The 11th FIMBA European Basketball Club Championship, A competition that will bring together more than 2,700 international athletes who will represent them with their companions 5000 visits To the county and tens of thousands of overnight stays. Diputación de Málaga is promoting this event in cooperation with the municipalities of Málaga, Cartama and Fuengirola.

This was announced by Diputación’s sporting director, Borgia Vivas With the Sports Director of the Malaga City Council, John Ruiz Daniel Herzuelo , ACB and Euroleague referee. s Manuel Casas, President of the We Keep Playing Foundation. Vivas has highlighted the Provincial Council’s commitment to transform Málaga Province into a basketball standard this summer through its own activities such as the 3×3 Provincial Circuit and the Summer Campus, or major events such as FIMBA, the 3×3 Plaza Basketball Arena in Caixabank, the Wheelchair Basketball World Cup or CIBA International Basketball or U-17 World Cup.

Vivas explained that maxibasket is a veteran’s basketball game designed, organized and developed for athletes over 30 years old in the female category and 35 in the male category.

Although FIMBA was born as a European Championship, this year it will be “open” because participation is open to non-European teams that will compete in the second stage of the “Rest of the World” classification. will be more than 180 international teams Five teams from Malaga will participate in the event: three from the capital and two from the province.

The total number of men’s teams is 122with the category with the most entries over 60 years old, With a total of 23. The total number of women’s teams is 58, which is the most scoring category F50 with a total of 15 teams. 20 European countries: Austria, Croatia, Czech Republic, Spain, Estonia, Georgia, Germany, Greece, Hungary, Ireland, Italy, Latvia, Lithuania, Poland, Serbia, Slovakia, Slovenia, Switzerland, United Kingdom and Ukraine. There will be too 14 non-European people: Argentina, Brazil, Colombia, Costa Rica, Ecuador, Japan, Jordan, Mexico, Peru, Dominican Republic, United Arab Emirates, Uruguay, USA and Venezuela.

Matches will be held in Javier Embrod Sports CityOh in the wings Ciudad Jardín, Los Guindos, Los Olivos and Tiro Pichón de Málaga; On the Kartama Sports City and in cElola Sports Complex and El Higuerón Training Center in Fuengirola.