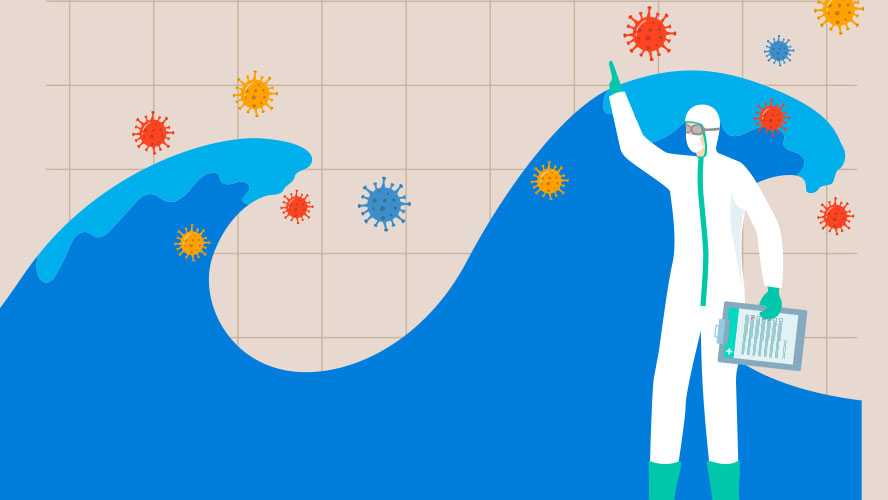 How close are we to the arrival of the so-called “third wave” of the epidemic in Mexico?

The first “peak” appeared in the first days of August, and from that date the injuries began to recede. The subsequent decline occurred on November 20, and since then cases have grown again until it reached its maximum on January 23, and since then, the trend has been clearly down.

We don’t know exactly, but it is likely that during April, we will see how the trend changes in Mexico again and cases start to rise.

In Brazil, the “third wave” has already acquired a dramatic dimension. Cases started to rise since the first days of February and are now at the worst levels of the entire epidemic. This country has already become the epicenter of contagion in the world, with more than 70,000 new cases daily.

Several countries in Europe have imposed new restrictions due to evidence that infections are rising again.

The only way to avoid this “third wave”, which is characterized by the spread of mutations, appears to be again through social distancing and by speeding up the vaccination process.

In Mexico, vaccination progress is very limited, and the latest figures indicate that it has barely reached 4.3 percent of the total population and that expectations for the next 30 days are uncertain.

In contrast to Europe, in our case we are opening various activities, which increases the possibility that the infection will accelerate within the next few weeks.

We don’t know when this tipping point might happen, but as we’ve discussed in this space, it could be after Easter.

It is not necessary for you to be a clairvoyant to conclude that if this vacation period allows for greater mobility, a more relaxed attitude to using the mask and physical distance, then a change of direction will occur in April.

If this change is strong, the red traffic lights will return to the country.

Several experts have revised their 2021 economic growth forecasts based on the higher expected growth in the United States. But if you get an image like the one we’re describing, you might have to revise expectations … but down.

In different countries, mistakes have been made in managing the epidemic, but they have been learned from them, for example in the United Kingdom, where 29 million vaccines have already been applied and 43 per cent of the population have been immunized.

In the case of Mexico, it appears that the biggest problem we face is not just the virus, but the government’s reluctance to make changes in public policies that allow us to respond to the epidemic more effectively and at lower human costs.

The insistence on returning to normal life despite the lack of conditions to do so, the contempt for the promotion of the use of masks and the indifference that, as a society, we see this new stage, they can make the “third wave” hit us with great force.

I hope I am wrong.