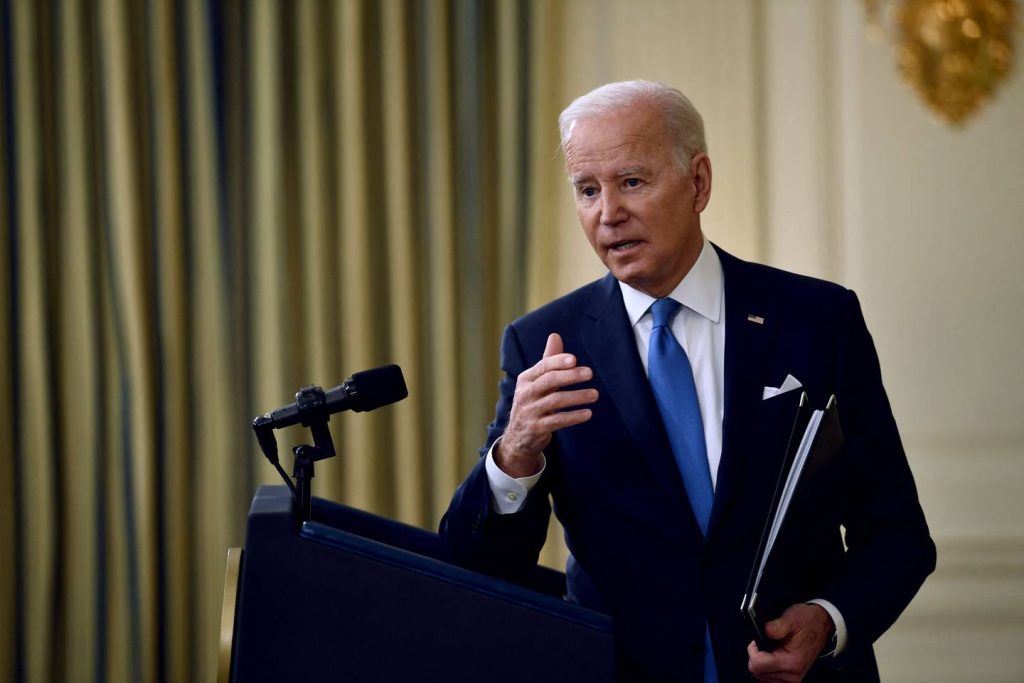 On Thursday, December 23, President Joe Biden enacted a law banning a wide range of products manufactured in China’s Xinjiang province from entering the United States, after accusations of imposing forced labor on the Uighur minority there.

The rule prohibits the import of products manufactured in whole or in part in Xinjiang, unless customs officials prove that they are not the result of forced labor.

The law calls for paying special attention to imports of three products: cotton, Xinjiang being one of the world’s largest producers. Tomatoes, also produced in large quantities in that region; and polysilicon, a material used in the production of photovoltaic panels.

On Thursday, US Secretary of State Anthony Blinken said in a statement that it is giving the government “new tools to prevent forced labor products from entering Xinjiang and to hold the people and entities behind these abuses accountable.” The Chinese government should end “genocide and crimes against humanity.”

The White House specified that the text “also imposes sanctions on aliens responsible for forced labor in the region.”

In a statement, the Chinese Foreign Ministry urged the United States to “immediately correct its mistakes,” threatening to “give a new answer.”

The law’s unanimous adoption in the Senate on December 16 was a victory for those who advocate an aggressive policy aimed at fighting human rights abuse.

The rule was adopted despite a lobbying campaign by companies that argued the measure would hamper global supply chains, which are already under severe pressure from the pandemic.

The White House said that when signing the text, Democrat Biden thanked Republican Senator from Florida Marco Rubio, one of the bill’s authors.

On Thursday, Rubio said the measure was “the most important and effective measure taken so far to hold the Chinese Communist Party accountable for its forced labor resources.”

However, during the legislative process, the Republican opposition criticized the White House for trying to slow down the text.

The Commerce and Treasury departments on Thursday announced new sanctions against Chinese biotech and high-tech companies accused of serving their country’s government in expanding surveillance of Uyghurs.

The Treasury has also banned Americans from doing business with eight high-tech companies, including DJI, the world’s number one drone company, which has already been blacklisted by the Commerce Department for two years.

But law enforcement, and in general the United States’ attack against some Chinese economic interests, can cause friction.

This was demonstrated Thursday by the controversy surrounding US semiconductor giant Intel.

After the law was passed in the Senate, and after US sanctions were imposed on Chinese companies, Intel sent an email to its suppliers asking them to avoid buying in the region.

This sparked a strong disapproval in China, which the chipmaker tried to appease with a statement posted on the Chinese social media platform Weibo: “Our initial intention was to ensure that the laws of the United States are respected (…). We apologize for the trouble caused to us by our respected Chinese customers, our allies and the public.”

“We believe the private sector and the international community should oppose China’s use of its markets to stifle support for human rights,” White House spokeswoman Jen Psaki said, questioning the statement from Intel.