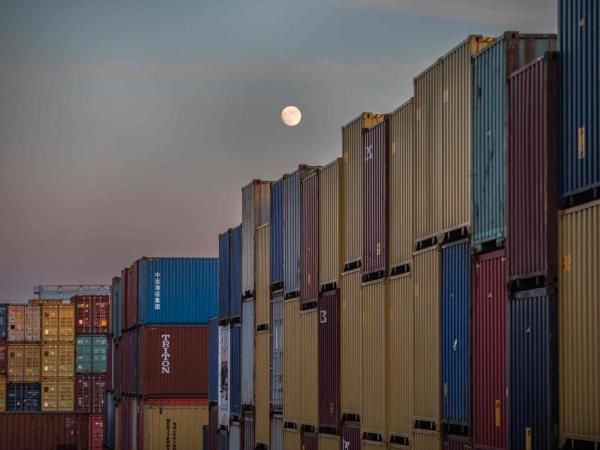 The international panorama of 2022 is far from static. Although the year will be greeted with a new formula that already exists in many parts of the world, how it is marked will also be very important. The pace of revitalization of the global economy Faced with fears of a global slowdown and inflation.

(See: Colombia among the safest countries to spend the end of the year.)

“The truth is that the world has progressed with vaccinations and lockdowns will not be what they used to be. What we will notice is a broader search for vaccines and other mechanisms to treat the epidemic. There are bigger strategies to avoid an attackSaid Gabriel Orozco, Professor of International Relations at Simon Bolivar University.

But, then, the year will be determined by integrating the various phenomena that occurred in 2021, such as fight more focused on the climate crisis, the crisis of containers and drivers, On the private agendas of countries, in the case of Latin America, a presidential election that will finish shaping the political landscape for the next few years.

“The climate emergency is a very important issue, and we saw it at the last COP26. The fact that Joe Biden came to power in the United States changed the trend in this regardSaid Mauricio Jaramillo, Professor of International Relations at the Universidad del Rosario.

Jaramillo added that, in general, the world should also pay attention to Nuclear negotiations conducted by the United States and Iran.

(See: This is the first antibacterial vaccine made in Latin America.)

Thus, both analysts agree that it will be a year of great significance for matters relating to global value chains and their reconfiguration as a result of the container crisis.

“This has led some economies to have inflationary processes along with higher fiscal deficits. We’ll see a search for more lenient tax reforms. Monetary fundamentalism will be gradually abandoned, as the issue of deficit will not be a major concern for advanced economies.Orozco noted in turn.

On the other hand, as a result of “Pandora’s Papers”, the world opens a debate about the policies of countries in Audit of large capitals.

“If there are more compliant countries with regard to tax havens or more ambiguous rules. This is an issue of increasing importance in the world and is linked to economic revitalizationJaramillo noted.

What is coming to Europe

In addition to combating the new form of the epidemic that is causing numbers not seen before in the “Old Continent”, what is coming to Europe next year is also linked to the economic recovery already Resolve conflicts such as tensions between Ukraine and Russia or the recent crisis on the borders of Belarus.

(See: A Christmas message for President Evan Duque and his family.)

“At this juncture, tensions with Russia soured as a result of Ukraine, which had been an underlying issue and had awakened in recent months. In addition, the way Russia’s relationship with Europe has been poisoned by the Belarus issue and tensions with Poland over the immigration issueJaramillo exposed.

Another issue of particular interest to Europe is the readjustment of its value chains after Brexit, an effect that has not been completely overcome and was evident in 2021 and reinforced by the fishing disputes between the UK and France.

In addition, Orozco pointed out that Europe will promote the revitalization of its economy regardless of other aspects.

“We will see a capital injection by the European Central Bank to encourage reactivation; A take-off for the economy due to more expansionary but moderate policies awaiting inflationOrozco added.

The role of the United States

Lots of panoramas happen United State This is reflected in the midterm elections where legislative seats are renewed.

According to Jaramillo, this is where Joe Biden It must focus its efforts and its goal must be to achieve a majority that will allow it to move forward in implementing its plans for economic revitalization on schedule.

Looking forward to next year, she is focusing on the presidential elections that will take place in it Colombia and Brazil That, if left-wing candidates win, joining the new Borek state in Chile, One can talk about the return of left-wing governments to the continent.

Colombia will have a new president in 2022.

“The most widespread discourse will be the need for broader social consensus, protectionist policies, and the search for greater efficiency by the state to meet the needs of those most in need. How the speeches move will be very important. If there is no moderate rhetoric from the center-right and they can really determine the intent to vote, it is very likely that left-wing governments will return.Happy Orozco.

See also  The worst airports in the world: delays and cancellations ...

Re-adaptation of global value chains due to the container and drivers crisis.

Climate control is taking on a more important role.

Europe is discussing its relationship with Russia, paving the way for pressure on Ukraine, Belarus and others.

facing America Parliamentary elections Keys to the continuity of the Biden program.

Latin America has elections in major countries such as Colombia and Brazil. The company Borek is owned in Chile.

(See: How to capitalize on the global supply chain crisis.)