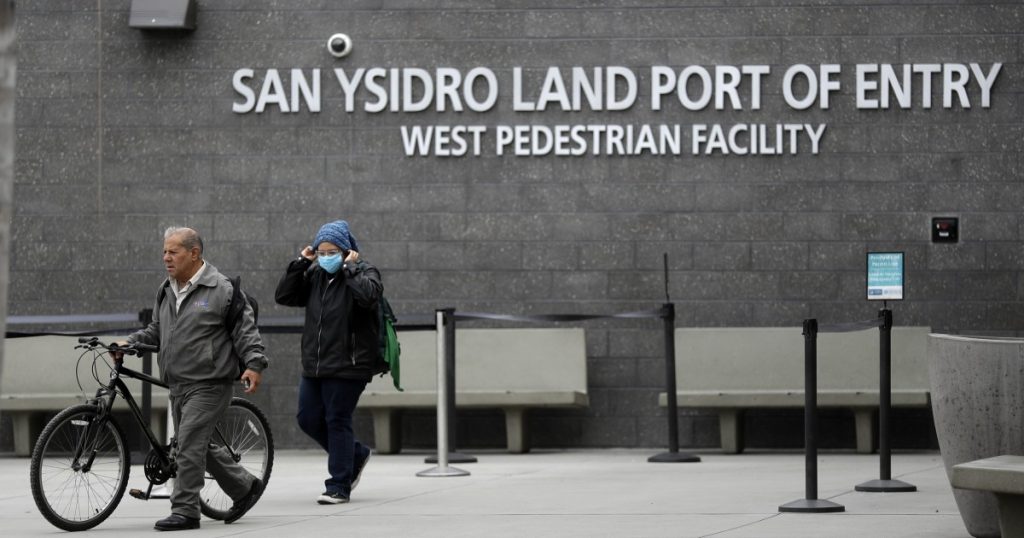 The Department of Homeland Security (DHS) confirmed Friday that ground travel restrictions on non-essential travel at the Mexico-US border will remain in place until at least September 21.

“To reduce the spread of COVID-19, including the delta variant, the United States will extend restrictions on non-essential travel at our land crossings at the borders with Canada and Mexico through September 21, without affecting the flow of commerce and essential travel,” the federal agency tweeted.

In turn, it was reported that DHS continues to work with authorities and public health experts from both the United States and other countries “to determine how to resume normal travel in a safe and sustainable manner.”

Edgar Ramirez, attache to the Department of Homeland Security at the United States Embassy in Mexico, confirmed that the third wave of COVID infections “destroyed the intent to return to normalcy.”

“The United States has no choice but to extend the border restriction agreement,” he added.

This measure was first adopted in March 2020, and has been extended every month since then.

US citizens and lawful permanent residents can continue to enter the country without hindrance, as can those who do so for work, medical, and educational reasons, among other purported reasons.

Not so for those with a tourist visa.

In recent months, pressure has mounted to lift border restrictions.

San Diego Mayor Todd Gloria on Friday criticized the decision to extend that measure again, which he views as “putting an unacceptable burden on our businesses and families who depend on cross-border trade.”

“These totally unfair restrictions mean that someone can fly into San Diego from anywhere in Mexico, but not those who live in border communities with high vaccination rates and who travel overland,” he said in a statement.

“With Mexico’s vaccination rate increasing, it is time to reopen the borders to boost our business that relies on cross-border crossings, and to restore contact between families on both sides of the border. These restrictions must be lifted now,” he added.

As of Thursday, about 78 percent of the eligible residents of Baja California have a full vaccination plan, according to figures from the Department of Health.

Last July, Gloria along with the mayors of Imperial Beach, Coronado, Chula Vista and National City sent a letter to the Secretary of Homeland Security, Alejandro Mallorcas, expressing concern as they consider the restrictions to have affected the economy. from.

From March 2020 to March 2021, companies in San Ysidro lost about $644 million in sales and about 1,900 jobs, according to the San Ysidro Chamber of Commerce. In addition, about 200 companies have closed.

Mexican Foreign Minister Marcelo Ebrard said reopening the border was one of the topics discussed during Mallorcas’ visit to Mexico last week. On that occasion, Ebrard expected the restrictions to be extended again.

For its part, Canada has started allowing US citizens to enter the country who have tested positive for the vaccination.