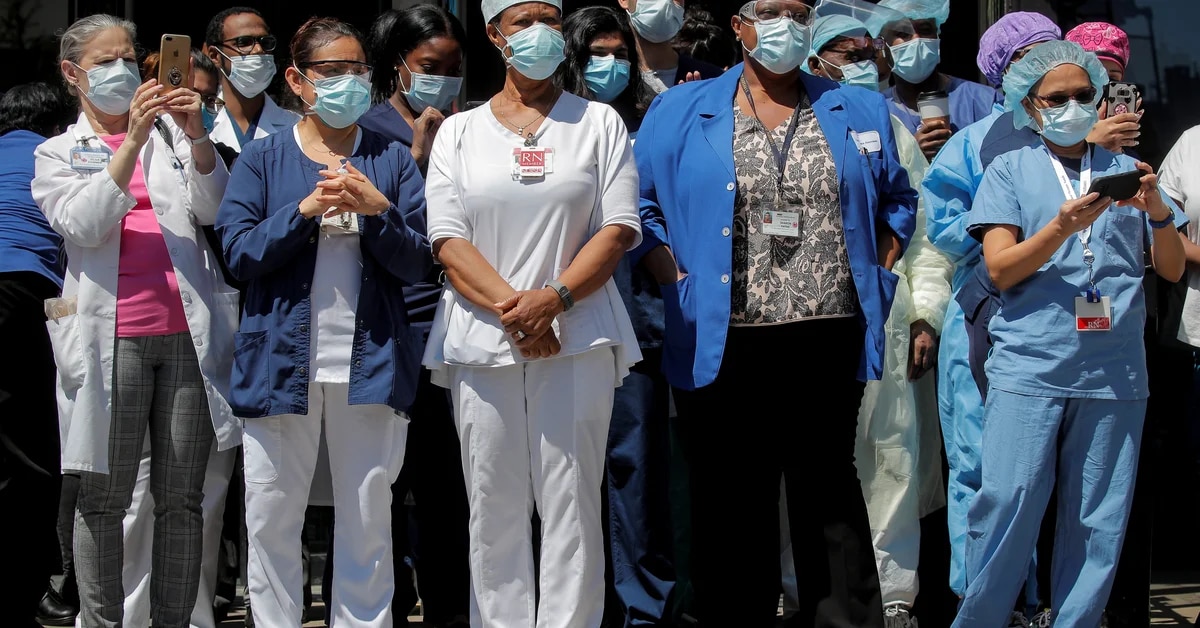 Concerned that a new wave of COVID-19 could overwhelm US hospitals, which is understandable, federal officials have eased rules that require healthcare workers to test positive for diagnostic tests. But forced to be out of work for 10 days.

From now on, those workers will be able to return to work after seven days if subsequent tests are negative and show no symptoms.

According to new recommendations from the Centers for Disease Control and Prevention (CDC), In case of severe shortage of staff, the period of isolation can be reduced to five days or even less.

CDC Director Rochelle Valensky said in a statement, “As the health community prepares for a potential increase in patients due to the Omicron variant, CDC is updating our recommendations so that we can assess the risk of infection and risk in terms of vaccination and booster doses.” reflect what we know about it.” ,

“Our goal is to keep healthcare workers and patients safe, in addition to responding to and preventing an overload in our health care centers”, added.

CDC officials advise that when calculating the 10-day isolation period, The first day after the onset of symptoms or after testing positive should be considered as the first complete day. If a person develops symptoms at any time after a positive COVID-19 test, the quarantine period should be resumed a day after symptoms develop.

The British government had implemented a similar measure, though more comprehensive – it reaches all residents of England – on Wednesday of this week. In his case, he provided that Get the test done on the sixth and seventh day of isolationadded the officials, whose decision was taken after consultation with scientific experts.

Other British territories have maintained the requirement to keep positives in isolation for ten days.

health chief, Sajid Javido, declared to the media that it This will allow to reduce the problems that may arise due to the number of people who cannot go to work., especially health workers, for testing positive for COVID-19.

This information has come to the fore after the British Prime Minister. boris johnson, indicate that Tuesday No intention to impose new restrictions to stop coronavirus before Christmas,