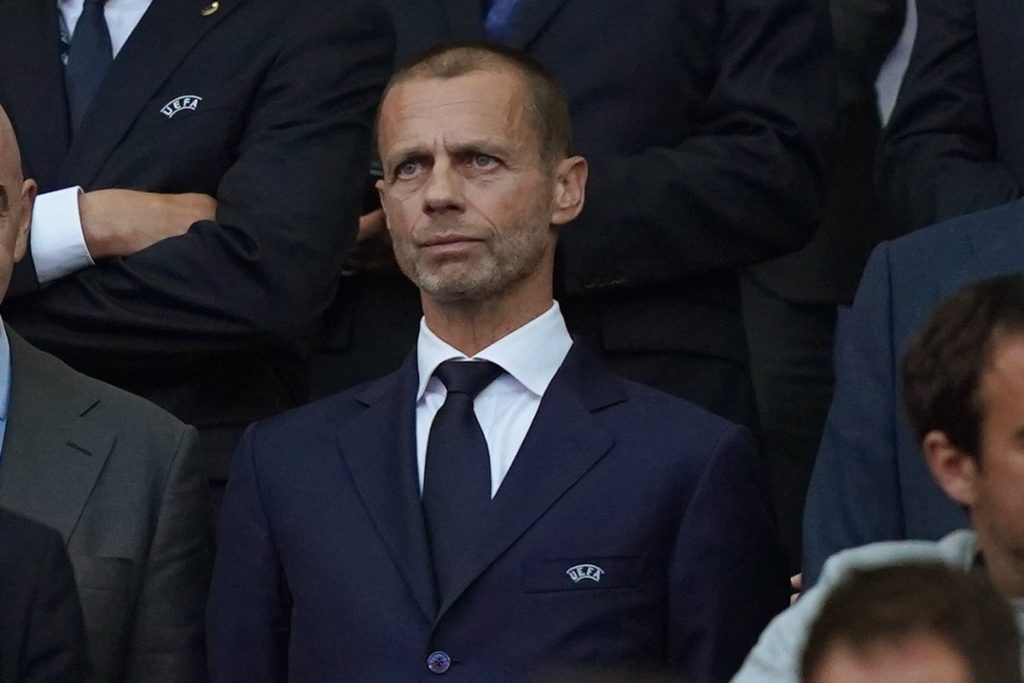 UEFA responded this Tuesday to the latest statement from A22 Sports Management, a company set up to sponsor and help create the European Premier League, stressing that the organization “constantly demonstrates its openness to change”, which “must be for the benefit of all, not just the few.” of clubs”, after the two parties met in Nyon (Switzerland).

UEFA said: “A22 Sports Management has published a report on their visit to UEFA headquarters in Nyon today and we are reviewing the recording to see if they are talking about the same meeting.”

UEFA indicated that what should be “implemented” from the meeting held on Tuesday “all European football should oppose its greedy plan”, as they had previously expressed in a previous statement what was discussed at the meeting. He stressed that “European football has consistently shown its openness to change, but it must be for the benefit of everyone, not just some clubs.”

“The A22 wanted dialogue, so we gave them two and a half hours with all the football stakeholders and they all rejected their approach. The Football Supporters Association – the body representing football fans in England and Wales – the UK had a lot to say: ‘Prime Ministers,’ he joked. (3) In the past two months they are supportive of their plans,” he said, referring to the clubs that won the Premier League (Real Madrid, Barcelona and Juventus).

UEFA has criticized that the A22 guarantee they do not represent these three entities and refuse to “define their supposed new approach” to European club competitions. “They say they want dialogue, but when the opportunity arises, they have nothing to say,” the organization attacked.

UEFA said the “other CEOs they were referring to were not faceless bureaucrats, but high-level stakeholders in European football, people who live and breathe football every day.” Not acknowledging this is disrespectful.” The company’s words were spoken by “a wide range of CEOs” to refer to those who attended the meeting – among them, LaLiga President, Javier Tebas; Nasser El-Khelaifi, President of Paris Saint-Germain; or Egyptian Chefs Association board member Miguel Angel Jill Marin.

Thus, he summoned the company led by Bernd Reichert to the Conference on the Future of European Football starting on Wednesday in Nyon to set up a “real dialogue”. Associations, clubs, leagues, managers, players, fans, agents and administrators will come together to discuss the real problems of football, not waste time pandering to bankers and marketing executives with ideas that endanger the future of football.”