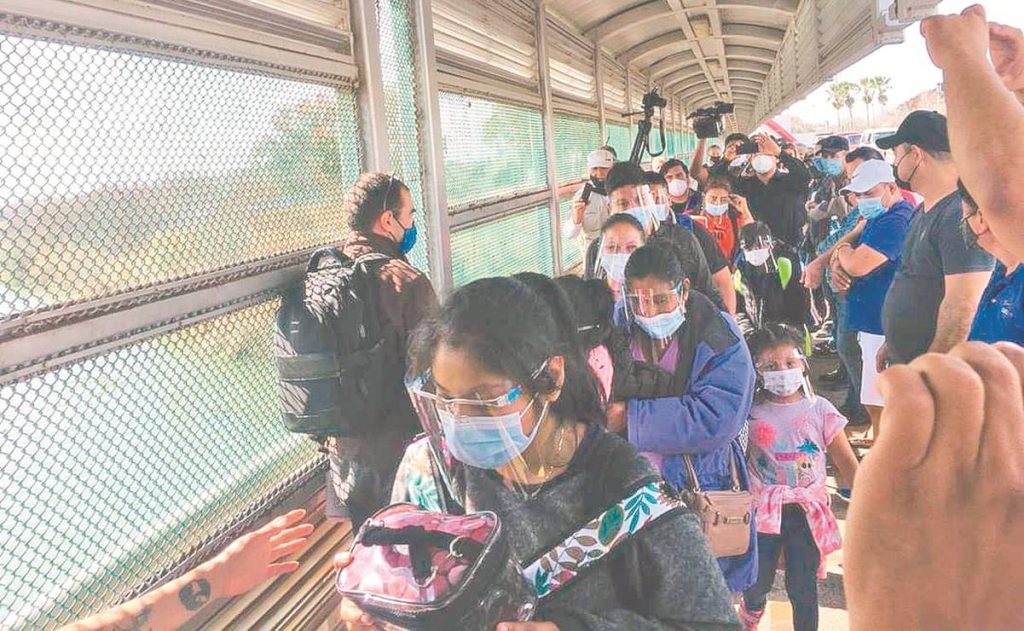 Matamoros. A new state of alert was emphasized in the camps set up at the Tamaulipas border, because after news of the legal passage of migrants, new groups arrive to settle and start political and humanitarian asylum procedures in the United States. This prompted social organizations and representatives of shelters in this city to demand that migrants not move to these borders.

So, Gladys Edith Cagnes Aguilar, president of an association that helps them triumph, stated that contrary to what might be thought, the camp would not be evacuated if migrants continued to arrive.

“We knew that this phenomenon would happen when it was announced that immigrants had already crossed into the United States, and we were asking people who contact us, who are sending us messages, not to move from their place,” he said.

He also stated that he was informed that in this first stage, Matamoros camp is set to completely disappear because all of those in the Migrant Protection Protocols (MPP) program are crossing.

We hope in the second phase that attention will be paid to the tenants who have lived in Matamoros for more than two years because their wait is so long, just like those in the camp.

“They also have the right, if their cause calls for it, to cross over to fight their demands,” said Cagnes Aguilar.

Despite ongoing assurance that people will not go to Matamoros, only 80 new immigrants were received in February.

Juan Antonio Sierra Vargas, director of the San Juan Diego Migrant Home, said some immigrants had been deceived by those who told them that there was an opportunity to cross, where that would not be possible.

“They were deceived that they would be able to cross into the United States, but this is a lie, because they will not cross.

“There is little space to stay in Matamoros, because they cannot stay in the camp,” he said.

Currently, those who cross belong to the MPP program, who have up to two years to wait for the opportunity to pass to the United States, he explained.

“It is very important to make a call to all the people who are planning to come and who think they will cross: not that, those who have crossed because they are in the MPP program, some of them are years of waiting,” Sierra Vargas concluded.