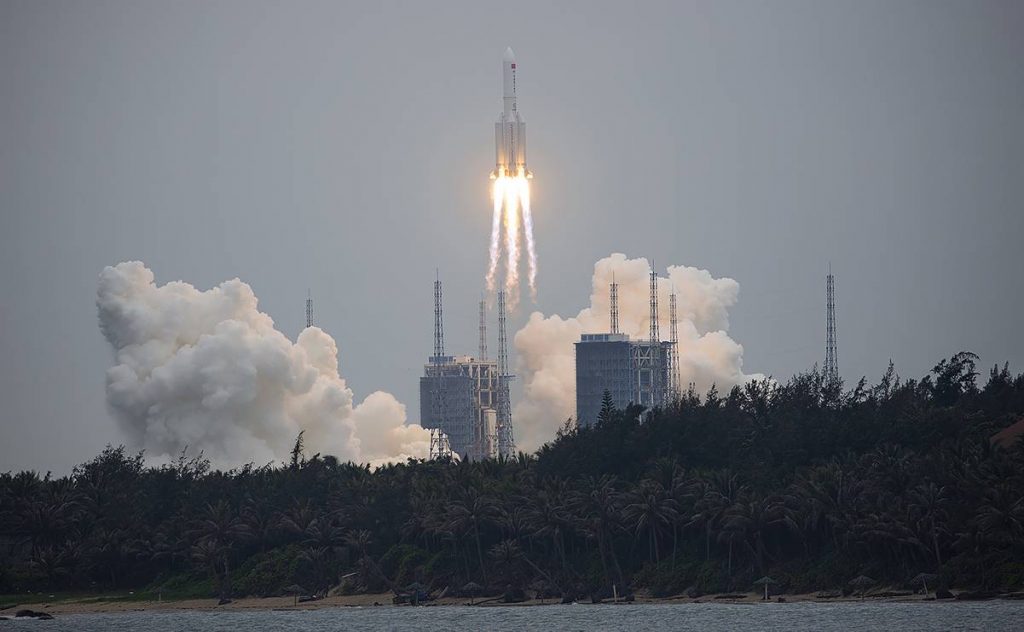 Washington. – Pentagon It said Wednesday it was tracking a Chinese missile that is expected to re-enter the atmosphere unchecked this weekend, risking crashing into a populated area.

China It launched the first of three components from its space station, CSS, which was powered by a Long March 5B missile, on Thursday. It’s the body of this missile that will land in the next few days, and nobody knows where.

He added, “It is almost the body of the missile, if I understand correctly. It is almost intact,” explaining in detail that the return to the atmosphere is scheduled “on Saturday.”

Read also What is known about the fall of the Chinese missile debris being tracked by the Pentagon?

After separating the space unit, the launcher began to orbit the planet in an irregular path, slowly losing its height, making it nearly impossible to predict about its entry point into the atmosphere, and thus its fall point.

It might decompose upon entering the atmosphere, leaving only small debris to collide with.

Read also After the successful flights, Ingenuity graduates and NASA expands its mission

And if it remains the same, as the planet is 70% water, there is a good chance that the rocket will have fallen into the sea, although it is not safe. It could collide with a populated area or in a ship.

When asked about the possibility of destroying space debris if Earth’s areas are at risk, the Pentagon spokesman replied that it was “too early” to say so.

See also  Credit card and debit card: what are the differences between them

“We are watching and following him as closely as possible,” he said. “But it’s too early to know where he’s going and if there’s anything that can be done.”