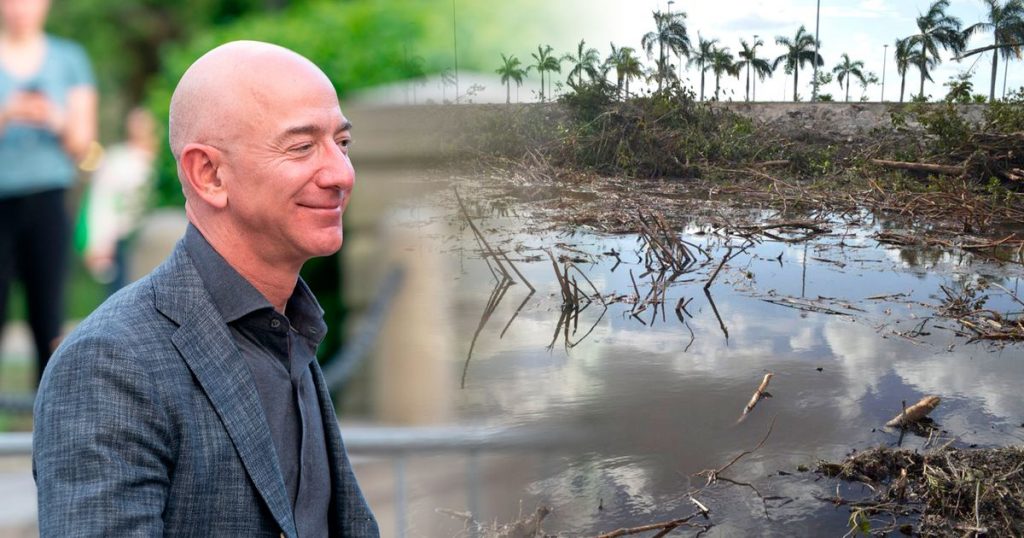 Without specifying the amount, Mexico’s WWF reported a donation from the Bezos Earth Trust that would “fund the projection and restoration” of mangroves in Nayarit, Yucatan and Quintana Roo.

“The WWF is deeply grateful for this transformative investment and for the impact this commitment will have on millions of people around the world,” Jorge Ricardes, CEO of WWF Mexico, said in a statement.

Mangroves cover more than 905,000 hectares of coastline in Mexico, according to data from the National Commission for the Knowledge and Use of Biodiversity (Conabio). Mexico concentrates 6 percent of the world’s total mangroves, making it the fourth country with the largest presence of this ecosystem, just below Indonesia, Australia and Brazil, according to the Mexico Mangrove Monitoring System (SMMM) in Conapio.

However, “environmental genocide” has been decried by civil associations in recent years for the construction of tourist complexes and real estate in areas that should be protected.

By donating to the Bezos Earth Fund, the World Wildlife Fund promises to work with local communities over the next five years to “reduce exposure to climate change” and directly benefit thousands of people.

The areas of work will be the Marismas Nacionales District in Nayarit; Rio Lagartos Biosphere Reserve and Dzilam State Reserve in Yucatan; and Yum Balam Flora and Fauna Conservation Area, on Quintana Roo.

The organization also indicated its support for Colombia, Fiji and Madagascar, but did not detail projects or donations to those countries.

The WWF will work closely with communities and experts in each country to integrate the information transmitted by space satellites. This body of knowledge will help us implement restoration and conservation strategies, said Karen Duthwaite, principal oceanographer with the US World Wildlife Fund, US.

The organization noted that these ecosystems are natural flood control systems and cyclone barriers, thus protecting coastal communities. He noted that they feed, harbor and grow fish and crustaceans.