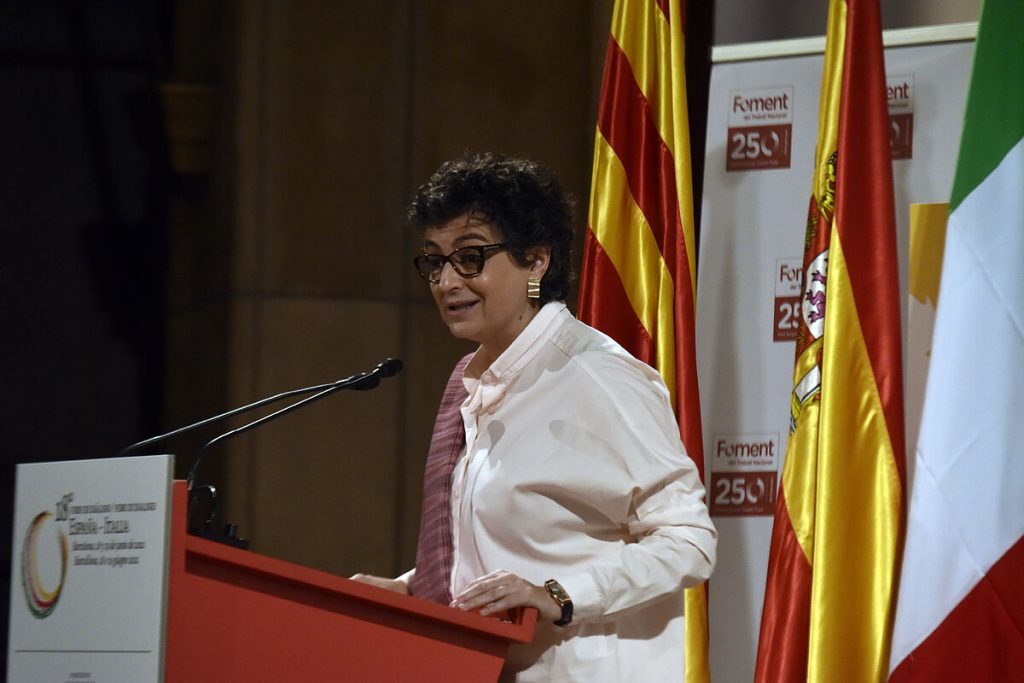 Minister of Foreign Affairs, European Union and Government Cooperation, Arancha Gonzalez Laya, has confirmed that she is revealing the position of “respect and understanding” on the part of the European Union regarding the amnesty of independence leaders imprisoned by 1-O.

In an interview published by La Vanguardia newspaper on Sunday, he made it clear that he warns against “taking a positive attitude towards a measure that would facilitate harmony and stability.”

Regarding the situation with Morocco, he affirmed that the government will work to create a “space of trust through which the relationship can be redirected,” and added that the ministry is open to listening to Morocco about the status of Western Sharia. On the other hand, he denied that the relationship between Spain and the United States had weakened and defended it as “a very strong relationship, at the political, economic, commercial and diplomatic level.”

Palos: “We have to do it for Spain, for Catalonia”

For his part, the Secretary of the PSOE Organization, José Luis Palos, this Sunday defended the granting of amnesty by saying “we have to do it for Spain, for Catalonia”, and accused the right to ignore the principle of legality.

During a party ordinance in Seville, Palos was persuaded by the PP’s rejection of this measure “not because it annoys this party, but because they do not grant it,” referring to previous Popular Party governments, and noted that in one day and in one fell swoop they awarded hundreds.

“Amnesty does not concern him, less when it comes to simple reasons such as corruption. What bothers them is what the Socialist Party does in the exercise of government. It annoys them that we do it, not what we do,” he said. pointed out.

The second man of the Socialists argued that every time the SWP came into government to the right “it disgusts them, and they can’t stand it.”

In addition to defending the legality of the amnesty and questioning that the People’s Party and those who oppose the concession “do not know” the principle of legality, the socialist leader criticized the right to demand repentance from the amnesty in the future.

For this reason, he asserted, the government should “do it (the concession) for the good of Spain and Catalonia” to achieve unity from diversity and difference.

He condemned the People’s Party, “Despise diversity and difference, and centralize thought.”

Palos insisted that the popular people, led by their leader Pablo Casado, “speak of Spain out of contempt for Catalan truth”, though he then derided their “political disappearance” in that society in which they are “testimony”.

He also noted the support of Congress, employers, the Catalan Church and unions for the pardon, though he gave a clear warning to independents: “If they do it again, the rule of law has shown enough consistency. Not allowing it once and of course not allowing the second.”