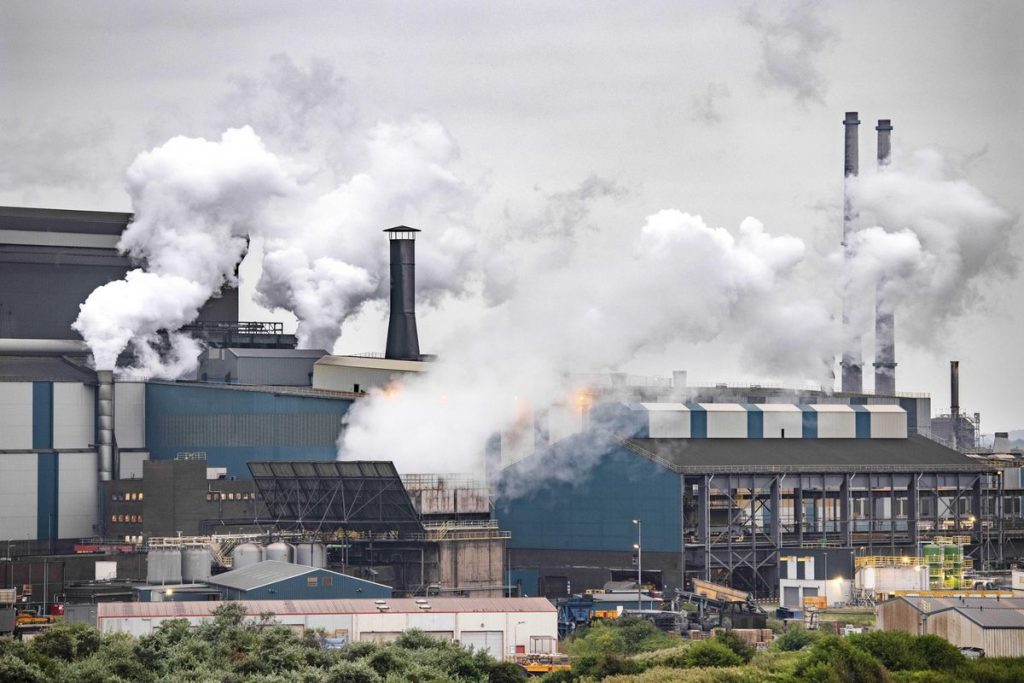 The future of steel company Tata Steel in the Netherlands – part of Tata Steel Europe, a subsidiary of the Indian multinational of the same name – has been in question since a scientific report concluded that the amount of carcinogens in the dust around the plant outstrips that of other faraway places.

The work, which was shown yesterday, found high concentrations of iron, vanadium, manganese and chromium, and there is also lead. Located in Igmoden, on the North Sea coast, the company also released about 4% of the country’s total carbon dioxide in 2020, according to data from the Ministry of Economy and Environment.

Tata Steel is one of the largest Dutch employers. According to the unions, about 44,000 direct and indirect jobs depend on their activity. Next week Parliament will debate what to do with an industrial complex the size of 1,500 football fields, which may need millions of dollars in government aid to produce steel sustainably.

Tata Steel Europe includes the company operating in the UK, but the report refers only to Ijmuiden and its surroundings, and it was produced by the Institute for Health and Environment (RIVM, in its Dutch acronym). Its experts compared dust samples collected in the vicinity of the complex with samples taken far from its facilities: they analyzed 29 points outside and 12 indoors. The result is that the amount of lead present exceeds the limits considered safe for health, and the same is happening with polycyclic aromatic hydrocarbons (PAH, in its English acronym), an organic compound found in the production of steel, iron and aluminum. Levels of other potentially carcinogenic substances are higher on the street than indoors, although “exposure to lead, for example, is harmful to children in the long term, as it can generate neurological problems,” the work says. Neighbors – who have worked for the company and some families for generations – have been complaining about the dark layer of dust on their streets, parks, cars and windows.

See also  The global economy is heading towards recession

Tata Steel has about 9,000 employees in the Netherlands and produces more than seven million tons annually of steel used in the automotive and packaging industries, as well as in construction, according to data from the company. In addition, according to FNV, the largest federation in the country, there are about 3,000 companies that rely on the steel of the company, and this adds about another 35,000 jobs, so that a possible shutdown is also noticeable outside the region in which it is headquartered. . Hans van den Berg, the company’s chief executive, told Dutch television program Nieuwsuur that moving it to another location was not the answer. “We use steel to wash, eat or drive; our society depends on steel and we think it should also be produced in the Netherlands,” he said.

The company has already spent 300 million euros on environmental measures. “We are the main source of carbon dioxide in the country, and the investments we need are such that we will have to talk to the government,” Van den Berg admitted to the cameras. By 2030, they expect to reduce CO2 emissions by 40%, leading to zero-emission steel production in 2050. In January 2021, Swedish steel company SSAB pulled out of talks about a possible purchase of the complex in Ijmuiden due to the cost of the necessary investments. . “Tata Steel’s activities in the Netherlands are not in line with our sustainable strategy,” said Martin Lindqvist, Director.

Air quality was not part of the RIVM study, but an earlier analysis by the same institute deemed it “between average and inadequate,” citing eye irritation, coughing and difficulty breathing among the population. In 2020, the Dutch Comprehensive Cancer Center notes that there are up to 51% more lung cancers in some areas in the Igmoden region than the national average. Janneke Elberse, one of the RIVM researchers, concluded: “We have shown the sum of some undesirable data, but the conclusion to be drawn from it is up to the politicians.”