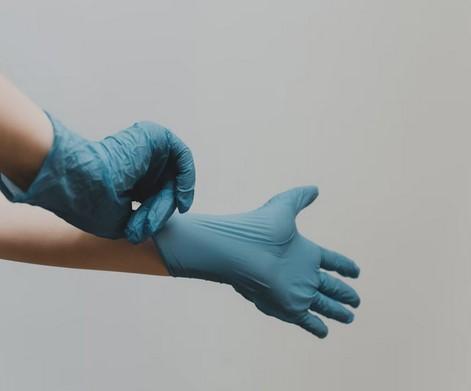 Science Week is back with its open days, guided tours, workshops, games, conferences, film screenings and even the Science Song Festival … Until November 14, free face-to-face and virtual proposals await us, covering all kinds of topics, even though coronavirus, volcanoes and the European Green Charter are the protagonists This year.

Only the CSIC has prepared about 350 activities in Andalusia, Aragon, Asturias, Canary Islands, Cantabria, Castilla, Leon, Castilla-La Mancha, Catalonia, Valencia Community, Galicia, Balearic Islands and Madrid. They can be consulted on the website www.semanadelaciencia.csic.es, where they explain how to reserve a place.

In Andalusia, visitors will be able to take a trip back in time with the short animated Operation Mohor, through which the Almeria Arid Zone Experimental Station recounts the great feat of saving and preserving the Dama Mohor, which was exterminated at the beginning of the 1970s, While in Cadiz, the Andalusian Institute of Oceanography proposes a “Finding Nemo” workshop, on how ocean currents work.

In Aragon, the Institute of Nanosciences and Materials (CSIC-UZ) has prepared a game in which participants will face their competitors using the skills of bacteria and CSIC’s Institute of Carbochemistry, a workshop with demonstrations and interactive models to learn the methods of capture. and storage of carbon dioxide in industrial facilities.

In Asturias, the University of Oviedo has organized workshops in which girls and boys can observe different microorganisms under a microscope and prepare their own Petri dishes, getting close to the cellular world.

In the Canary Archipelago, the main hero will be the La Palma volcano, whose eruption can be followed in person and online, while many CSIC researchers tell the history of volcanic activity on the island, the phenomenon and its consequences.

In Cantabria, the Instituto Física de Cantabria (IFCA, CSIC-UC) joins a crypto-hunting game, “Astronomical Treasure Hunt”, a video game in which participants navigate a world map to solve puzzles. To be able to play, all you need is a smartphone, an internet connection, a Telegram account and a QR code reader.

Castilla y León, Institute for Molecular and Cellular Biology of Cancer (ICMCC, CSIC-USAL) proposes a scientific pathway through a genetically modified organism animal facility at the University of Salamanca. The visit will be complemented by a discussion on the bioethics of animal experimentation.

In Castilla-La Mancha, the Fishing Resources Research Institute presents the exhibition “The Hunt,” a journey through 400,000 years of fishing history, and its importance to the preservation of ecosystems and biodiversity.

In Catalonia, the Institute for Environmental Diagnostics and Water Studies (IDAEA-CSIC) invites us to learn about two topics: the European Green Charter and the coronavirus. According to the World Health Organization, 9 out of 10 people are exposed to pollutant levels that exceed recommended limits. In this workshop, the audience will know what these pollutants are, where they come from, how to reduce them, and the importance of natural ventilation.

In the Valencian community, the Desertification Research Center proposes a “Desertroom”, an escape room where the public must design the landscape with their own hands and learn to create a homemade weather station in different workshops where they have to find clues to solve the puzzle posed and escape with science.

In Galicia, CSIC has prepared the Scientific Song Festival: CSICvisión, a show in which the audience will decide the best song in a repertoire full of scientific content.

In the Balearic Islands, on the occasion of the European Year of Railways, the Mediterranean Institute for Advanced Studies (IMEDEA, CSIC-UIB) is inviting the public to meet its scientists in person to discuss their research in a series of “speed dates” on the emblematic Soler train.

Finally, in Madrid, the show is almost endless. Among its proposals is a tour of emblematic places in the city such as the Puerta del Sol, Gran Vía or the arcades of Plaza Mayor, with the help of the Center for the Humanities and Social Sciences (CCHS-CSIC), whose scientific itineraries will offer attendees new perspectives of the city, and a geological walking itinerary. Via Pedriza del Manzanares, in Guadarrama National Park by the Institute of Geology and Mining of Spain.