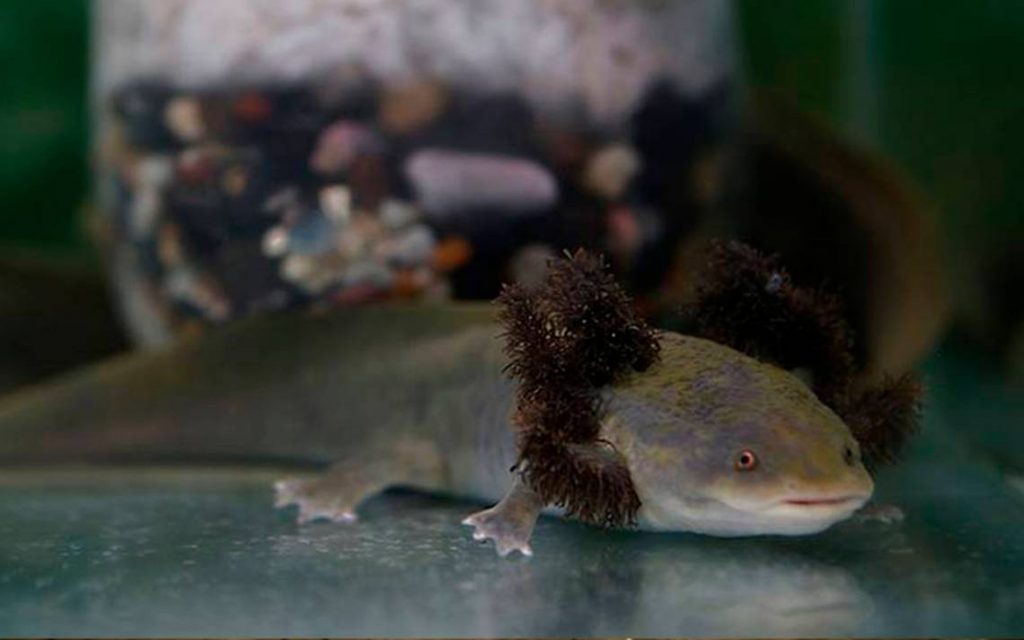 We usually see them in our gardens, although it is becoming less common, but in green areas of Xalapa, such as Macuiltépec Hill or Bosque de Niebla, We have small and calm neighbors Amphibians.

By definition The Amphibians They are animals with bones and spines, their skin is smooth, they do not have scales, hair or feathers.; They lay soft eggs because the shell does not contain calcium; They cannot regulate heat in their bodies, so they live in damp places and we usually find some under pots in the garden; They may have a tail and it may not be; There are two, four or no legs; It comes to Frogs, frogs, salamanders, newt, caecilians And in Mexico we have the famous ABSOLUTEL.

Adriana Sandoval Count and Juan Manuel Diaz GarciaBiologists from the Institute of Ecology (Inecol) told us that there are 8301 species of amphibians in the world, of which 409 are in Mexico, of this number 70% are endemic, i.e. 285 species of which are 100% Mexican and do not live anywhere else in the world.

In this enormous diversity, 248 species of frogs and 158 frogs are salamanders, axolotls or newt and only 3 caecilians. However, although the percentages seem high, amphibians are an endangered species, in the world 45% of the species are at risk of disappearing and in Mexico 60%, that is, out of every 10 amphibians, six can become extinct.

Juan Manuel Diaz, PhD student at Inecol, points out that just because of their existence, amphibians deserve respect and protection: “They were the first animals with bones that were born from aquatic environments and colonized the Earth; 360 million years ago, long before dinosaurs came into being; they are ancient So, it has many shapes, colors, and forms of reproduction, and it was diverse. “

In addition, he explains that these animals provide humanity with various social services: they work against pests, because their diet consists of insects that can be vectors of diseases, such as the mosquitoes that transmit dengue fever or chikungunya; It also keeps insects in a remote place that can turn into pests and affect crops; Some amphibians are an active bridge between aquatic and terrestrial organisms, as they are part of the food chains when they move from water to land.

Another important aspect is that amphibians are part of the diet in many indigenous communities; They are also part of indigenous peoples’ cosmic vision related to spirituality; Culturally, amphibians have been around since pre-Spanish times, being carved into sculptures, ceramics, and architectural works. They continue to be the inspiration for the artistic creation of stories, films, and plastic arts.

Adriana Sandoval adds that also thanks to amphibians, advances have been made in medical technology, as they are being used in the laboratory for studies related to cell regeneration, as in the case of the axolotl; And in pharmacology for some types of frogs, they extracted analgesic substances.

Although we see some amphibians near urban areas, few species have actually adapted to live in city conditions; Most amphibians can only live in the jungle, so their lives are at increased risk due to the growth of the urban area, the change in land use from forest to field for agriculture, and the pollution of water bodies.

“ Xalapa is a gem because amphibians can be found in the city, in flowerbeds and gardens, which is not uncommon in other cities; which is that Xalapa still maintains tree cover and forest cutting, despite the urbanization; as well as the humidity it enjoys throughout the year, Let’s hope the expected drought won’t be severe, “says Comte Sandoval.

He explains that the most common thing in Xalapa is to find talaconite, a type of salamander, for which many myths have been killed; There’s also the tiny-eared frog, which is a tiny green frog that squeaks when it sings. The reed frog, one of the largest amphibians, usually lives near drains; The screeching frog, brown and green, whistles like a chick.

Sandoval warns that amphibians that live in urban areas face predators such as dogs and cats, and asks their owners not to let their pets roam freely in green areas, where they can exterminate these small animals.

In this regard, Juan Manuel points out that it is necessary to raise awareness and attention to small garden spaces in the city, because they are shelters for many endangered species, not only amphibians, but reptiles and plants: “It is also necessary to implement public policies that allow the restoration of affected areas and cloud forests. To recover, because those areas that are recovering are likely to be a refuge for endangered species. “

Adriana Sandoval Comte and Juan Manuel Diaz Garcia are the organizers of the Los Anfibius Festival, which this year will hold its fourth edition, from April 27 to May 2.

The goal is to educate the population about the importance of these animals, and encourage their respect and care by telling them what they are, and setting aside the myths with which they are killed.

Inecol biologists explain that due to the pandemic, this year Festixal will be held online, which will allow researchers from other countries to give lectures and talk about amphibians in their regions.

On the Facebook platform, talks, workshops, documentaries, plays, music and other activities will be available. Everything about the program can be referenced at Facebook FestiXal de los Amphibios.