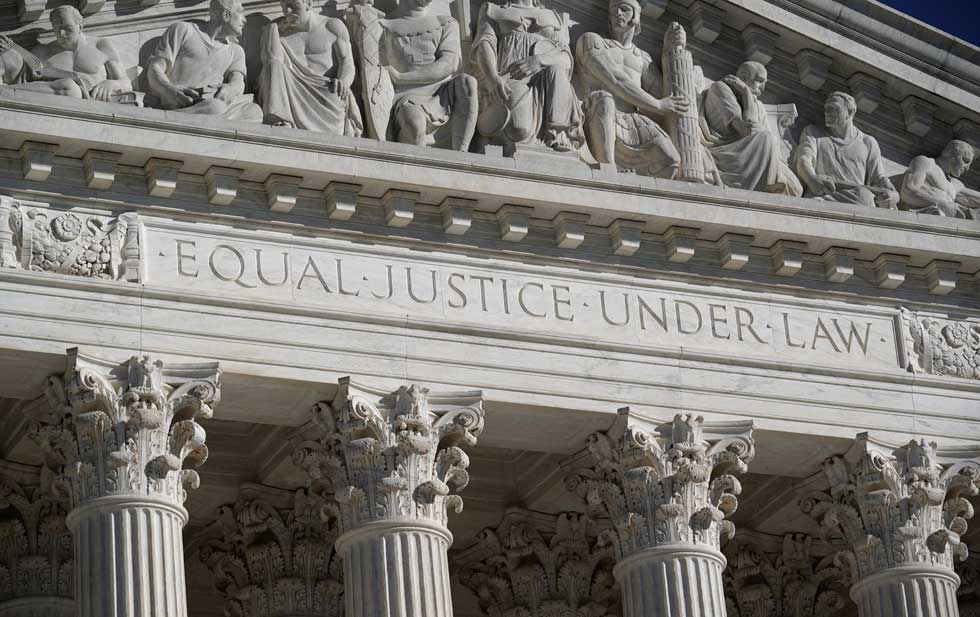 Washington- The Supreme Court of the United States will not weigh the legitimacy of the controversial policy of the Donald Trump administration after an agreement between President Joe Biden’s administration and the countries and groups that contested it.

The agreement came amid a reconsideration of the so-called publicity rule by the new government.

The judges, at the government’s request, also postponed the cases they agreed to hear over the financing of portions of the wall on the border with Mexico and the policy of forcing asylum seekers to wait in Mexico for their hearings.

In late February, the highest court agreed to consider an earlier Trump administration appeal against a lower court ruling against the public charges policy. The policy allows for permanent residency status to be denied to immigrants who receive food stamps, Medicaid, housing assistance, or other public benefits, and judges have agreed to hear the case even though President Biden called for a full review of the rule.

However, the Biden administration withdrew the appeal on Tuesday, saying all parties involved had agreed to dismiss the case.

Migrant groups who legally objected to the policy said it was “finally paving the way for the non-application of this illegal rule.” Previously, the Supreme Court split 5-4 over whether or not to allow the rule to remain in effect while the appeal is ongoing. The legal challenge included New York, Vermont, New York City, and various organizations.

Under Trump policy, applicants for permanent residency were required to prove that they would not pose “public charges.”

See also  Delta variant arrives in Mexico; It is spread in three states

Federal law requires in advance that those seeking permanent residency or legal status prove that they will not be “public charges.” But the Trump administration base included a wide variety of federal programs that could disqualify applicants.

Advocates for immigrants have described it as a “test of wealth,” while public health experts have said the implementation will mean worse health conditions and higher costs, as lower-income immigrants will have to choose between required services and their aspirations to stay in the country permanently.