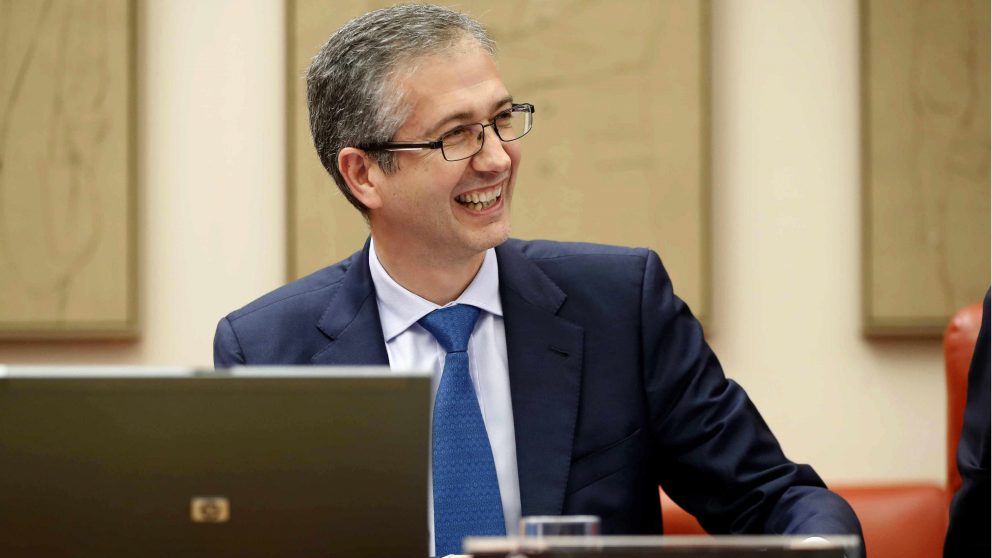 Governor of the Bank of Spain and current Chairman of the Basel Committee on Banking Supervision, Pablo Hernandez de Cos, was re-elected to lead the body responsible for designing standards for banking regulation around the world for a second and final three-year term. De Cos has on several occasions revealed the “false” predictions of Pedro Sanchezwarning of the uncertainty surrounding inflation and the policies implemented by the socialist executive.

The Governor of the Central Bank of Spain, who was first elected as chair of the Basel Committee in March 2019, will begin his second three-year term on March 7, 2022. “Over the past three years, they have expressed their best wishes for his continued leadership.” the BCBS It started its activity in 1975 and Banco de España has been a full member since February 2001.

Currently, it consists of 45 members – central bank governors and authorities with responsibilities in banking supervision – from 28 jurisdictions, as well as nine observers, including both jurisdictions and international organizations.

In this sense, the Foundation indicated that the initial reforms of Basel 3 She played a central role in ensuring that the banking system remains functional and financially resilient during the COVID-19 pandemic. COVID-19. Contrary to the experience of the “great financial crisis”, banks have remained resilient and continue to lend to well-to-do households and businesses.

In this way, the standards Basel 3 Which remains to be implemented seeks to address some of the weaknesses in the regulatory framework revealed by the “great financial crisis”, including reducing excessive variance in risk-weighted assets and improving the comparability and transparency of capital ratios based on bank risk. He warned that “addressing these weaknesses remains as important today as it was before the pandemic.”

On the other hand, after his appointment as Chairman of the Board of Directors of the company Bank for International Settlements (BIS), Governor of the Bank of France, Francois Villeroy de GalloHe resigned as chair of the group of central bank governors and chiefs of supervisors that would begin the process of selecting a successor.