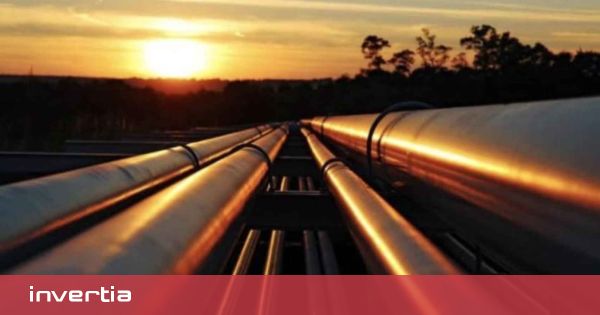 Morocco, West, sunset Gas pipeline project was launched with Nigeria Can provide gas to Spain. The authorities of both countries chose the Australian company Worley to do Preliminary engineering and design study for this gas pipeline More than 7,000 kilometers, which will cross thirteen countries of West Africa before ending in southern Spain.

The launch of the project comes after Algeria decided to close the Maghreb pipeline on October 31st amid a diplomatic crisis with Morocco.

The Australian firm, which provides consulting and project delivery services to the energy sectors, announced itself in press release This Tuesday it won a contract to conduct a preliminary study.

Upon completion, the gas pipeline, which is more than 7,000 kilometers long, will be promoted by National Office of Hydrocarbons and Mines (ONHYM) from Morocco and Nigerian National Petroleum Corporation (NNPC), it will connect Nigeria with Morocco, cross 13 countries in West Africa and extend into Europe. It will be the longest offshore gas pipeline in the world and the second longest overall.

Also known as the African-Atlantic Pipeline,It will help boost local industries and economies by providing a reliable source of energy and sustainable. It will also support industrial development and create job opportunities.

Map of the gas pipeline that will connect Nigeria to Spain.

In this way, it will provide a new avenue for countries along the way to export their gas to their neighboring countries and to Europe.

To implement this ambitious project, Worley will mobilize all of its offices worldwide. Thus, the general services will be managed by the engineering consulting firm Intecsea Navy in the Netherlands. It includes developing the project implementation framework and supervising the engineering study.

The Land Scope Study, Environmental and Social Impact Assessment, and Land Tenure Studies will be handed over to the team in the UK. For the feasibility study, Worley will also be supported by a network of offices in Africa and India.

Advisian, a global consulting firm, will explore accelerating electrification and the feasibility of energy self-sufficiency in the region. The UK and Madrid offices will create the potential to use renewable energy resources to run the pipeline and reduce the project’s carbon footprint.

He emphasized that “being part of a project that not only looks towards sustainability, but also contributes to strengthening the regional economy and developing local communities is a wonderful opportunity.” Liu BingCEO of Intecsea, in a Worley statement.

“It reflects our goal of delivering a more sustainable world. We look forward to working with ONHYM and NNPC as we move into a new chapter in West Africa,” Liu added.

The engineering of the exterior design is important in that It should help prepare the required studies for the gas pipeline And take the final investment decision in 2023 for the infrastructure project.

The gas pipeline project in Abuja was launched during the visit of King Mohammed VI to the Nigerian President, Muhammadu BuhariIn 2016. It was ratified two years later in Rabat and was activated at the end of 2021.

Indeed, in the past decade, the Alawi monarch has focused on Morocco’s “continental politics” with more than 50 visits to over 29 countries. In his speech on the occasion of the 64th anniversary of the revolution of the King and the People in 2017, he said that the best result “is represented by the overall development projects that we have launched, as is the case for the Nigeria-Morocco Atlantic Gas Pipeline”.