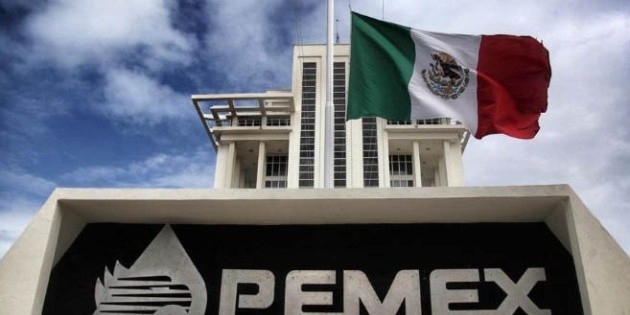 The Mexican government on Monday announced a capital contribution of up to $3,500 million and a package of financial support for Petróleos Mexicanos (Pemex), the world’s most indebted oil company.

Pemex will conduct the buyback and liability management process to reduce the risk of refinancing and the amount of debt, as detailed in a statement by the Ministry of Finance and Public Credit (SHCP).

The program indicated that “in line with the above, the federal government will provide a capital contribution of up to $3.5 billion.”

Pemex’s total financial debt amounted to $113,045 million, according to third-quarter results, up 1.6% from the end of last year.

The oil company lost $4.936 million in the first nine months of the year.
In this context, the government announced “permanent structural changes in the state institution.”

The main actions will be to reduce the tax burden on the company with the reduction from 52% to 40% of the right of common benefit (DUC).
The company’s debts will also be relieved through equity contributions from the federal government “using excess liquidity.”
Likewise, the risk of refinancing the company with capital contributions from the government for liability management operations will be reduced.

The Higher Committee of Oil and Gas Companies emphasized that “Pemex is a public and profitable asset, in addition to being the largest taxpayer in the country,” but with “a high tax burden, much higher than any oil company in the world.”

“It is important to stress that this announced deal has no impact on public spending or on the spending budget. Pemex maintains its position as a productive state company,” the Finance Ministry said.

In addition to the government’s contribution, the agency revealed that “the business plan will be reformulated” with measures to strengthen Pemex’s financial position in the medium and long term, as well as prepare the company for the challenges of the coming years.

On the other hand, there will be new mechanisms that “allow the public sector to jointly invest in exploration and extraction projects to ensure the availability of a robust production platform and improve the company’s debt structure.”

The Treasury insisted that “Mexico has a strong fiscal position and strong macroeconomic fundamentals, so supporting Pemex does not harm the sustainability of public finances, nor the resources of the current administration’s strategic and social programs.”