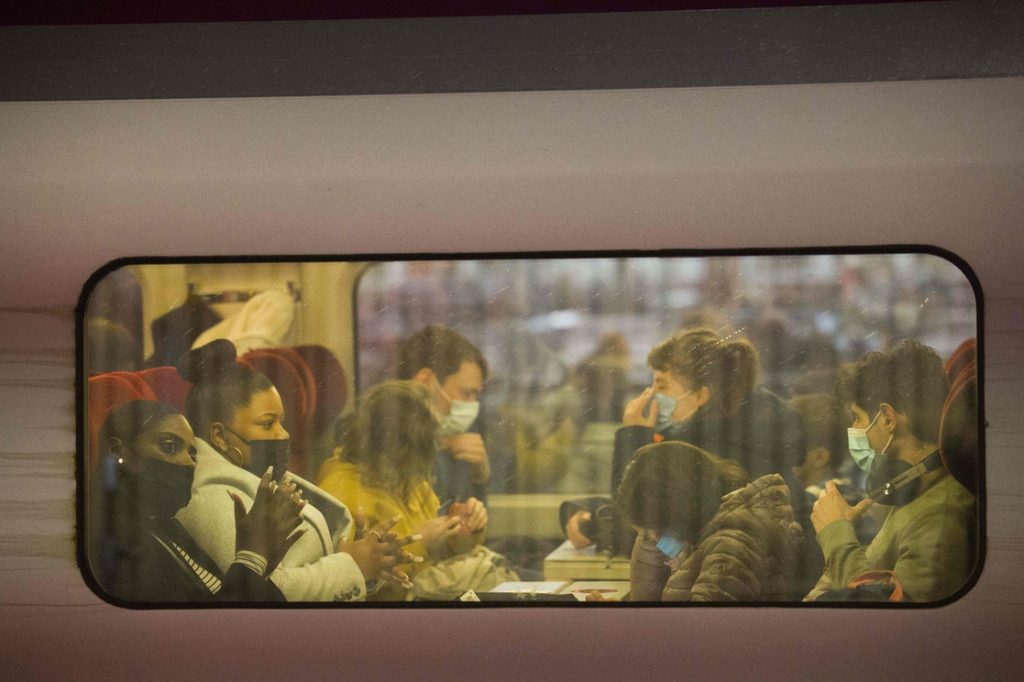 Paris. The Covid-19 pandemic has spread a record number of cases in the world in the past seven days due to omicron, a highly contagious type that presents a “very high” risk according to the World Health Organization.

With an average of 935,863 new cases per day in the past week, according to an AFP count made from official stocks, the virus is currently spreading at an unprecedented speed.

This number is much higher than the previous record, which reached between 23 and 29 April, with 817,000 cases per day, and represents an increase of 37% compared to the previous week.

In its weekly epidemiological report, the World Health Organization warned that “the global risk related to the new Omicron variant is still very high,” noting that its growth requires “a period of two to three days to double.”

The majority of new infections were recorded in Europe, with several countries reporting their highest levels ever on Tuesday.

The increase in infections reached Latin America and the Caribbean, where the epidemic appeared to be in decline until recently. Now infections are increasing in the region, which has a backlog of more than 47 million cases and nearly 1.6 million deaths.

For example, in Argentina, cases have multiplied by six since the beginning of the month, and on Tuesday 33,902 new positive cases were registered, an increase of 10,000 from the day before.

Countries in the region are trying to protect themselves with vaccines, but also with restrictions. Brazil has canceled New Year’s celebrations in almost all state capitals, as has the mayor of Mexico City.

The omicron variant appears to cause fewer hospitalizations than deltas, which have prevailed so far, according to the first studies, but some experts maintain that more infections can negate the advantage of being less dangerous.

On Tuesday, Catherine Smallwood, a leading specialist for the World Health Organization in Europe, said the rapid rise in Omicron “will lead to large numbers of hospitalizations, especially among the unvaccinated.”

In the face of the epidemic accelerating again, various governments are trying to find a balance between controlling the spread and containing the economic damage.

Finland banned entry to unvaccinated foreign travelers; Sweden, Denmark and Austria require a negative test and vaccination from non-residents, and France will limit the validity of the “health passport” to vaccinated people.

In addition, that country announced a “compulsory” recourse to remote work “whenever possible,” banning concerts and closing discos for an additional three weeks.

Germany, for its part, will implement new restrictions such as limiting meetings to ten people between vaccinations and two for the unvaccinated, closing nightclubs and holding sporting events behind closed doors.

China, which suffered a major outbreak 40 days before the Winter Games in Beijing, detained tens of thousands more on Tuesday. After the city of Xi’an (north) underwent a strict quarantine for a week, several tens of thousands of residents of the Yan’an City district, 300 kilometers from Xi’an, were confined until Tuesday.

Many professional sports leagues have been affected by the slight rise in cases among their squad rosters, from the English Premier League and Spanish Football League, to the major competitions in the United States.

The Covid-19 epidemic has left more than 5.4 million deaths in the world since December 2019, according to an AFP count on Wednesday from official sources, but the World Health Organization believes that the balance may be two and three times higher.