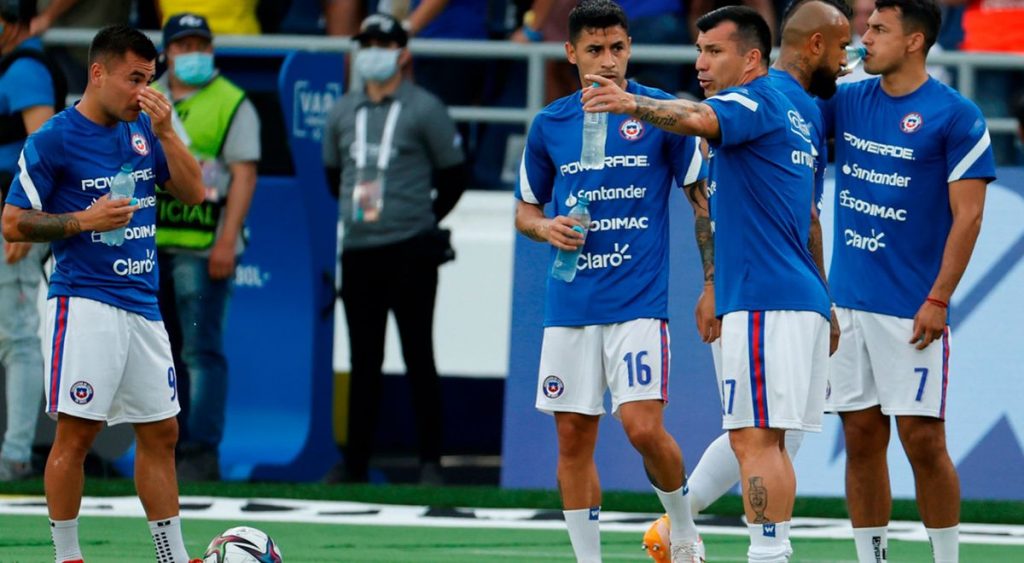 The current Chilean national team after the first round of the Qatar 2022 qualifiers is not very favorable. With just seven points, the team led by Martin Lasarte finished eighth, outside the rankings area after a string of poor results that many fans attribute, in part, to the generational change process that La Roja is going through.

One of the bets of the southern team to strengthen the team is to return football players of Chilean origin, with the necessary conditions, distributed in various leagues around the world. This was confirmed by Francis Kajigao, the team’s sporting director.

“We will be looking for players under the stones, whether in the United States, the United Kingdom or Zimbabwe, anywhere, Because it is our duty, as long as he has the ability to join the team and be effective in the future,” the manager said at a press conference this Tuesday.

you can see: Miguel Araujo asks about selection: “I’m ready to play against Chile, I’m ready”

His bizarre comments arose as a result of an inquiry made about Chilean American striker Robbie Robinson, who was called up to the three-way deadline in September, but left the focus a few days later. Kajigao explained that it was he who made the decision to return him to his country of origin.

“Obviously when Robinson arrived something happened to him, he wasn’t happy. On the third day I couldn’t even train. Logically I made the decision with the medical staff and it was better for him to go home.”

Chile and its chances of qualifying for the World Cup

And about the upcoming matches that await the Chilean national team (against Peru, Paraguay and Venezuela in October), Cajigao said that the idea is to keep the nine points, which will bring Lasarte’s men back into the fight to reach Qatar.

“With these nine points we are in the fight, fifth place or next to it, very close. Then if we have to accept fewer points according to the development of the matches, this is football, but from our point of view we go to 9 points, we have to be bold in approach and get out. to win.” .

As for whether he plans to step down if the goal is not achieved, he ruled out this scenario, as he emphasized that his work involved a more comprehensive and long-term work with all categories of Chilean football.

“I wouldn’t quit if Chile didn’t go to the World Cup, I didn’t come for it. My role doesn’t specify that I only come to work with the first team. The downside goes much further. I have a very big responsibility as a national sporting director. I came to work for the development of football. Chilean foot.