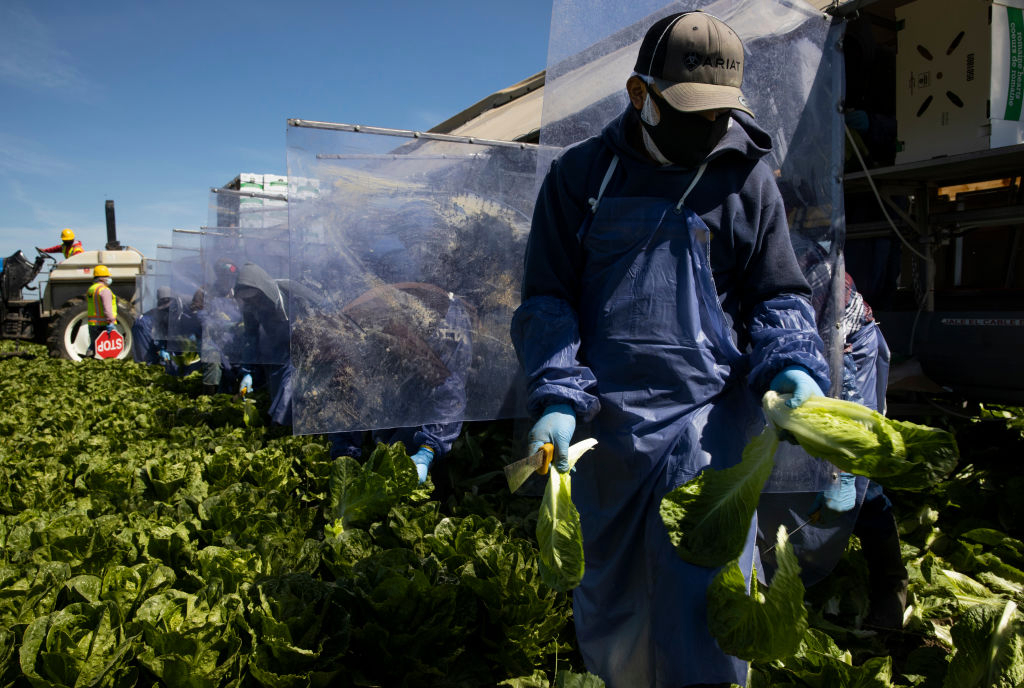 (CNN Español) – The United States has a long history of importing temporary foreign workers, as they were needed in the past to deal with a wartime shortage of American workers.

in 2020, The Department of State (DOS) stated that “the H-2 program is essential to the economy and food security of the United States and is a national security priority.”

The North American country currently grants thousands of H-2 visas to workers with or without experience — non-professional and without an academic degree — to perform temporary jobs in sectors such as agriculture (seasonal), animal production, construction, and meat and processed seafood, among others.

The H-2 visa category is divided into two types of visas:

At the end of July 2021, Joe Biden’s administration It outlined the next steps to achieve an immigration system with “more humane” policies, such as improving the expedited deportation of people arriving at the border, processing asylum applications more efficiently, and expanding access to temporary work visas in the region.

Similarly, the administration says it is “exploring ways to improve access to H-2A visas for temporary farm workers” as long as there aren’t enough qualified American workers to fill these jobs.

Among the goals set in July, the Biden administration said it would encourage other governments to ease access to find “meaningful temporary work,” and also pledged to reduce the backlog of visa applications from citizens of the Northern Triangle.

Temporary Work Visas in the USA

Women collect crabs at WT Ruark Seafood Co. On May 17, 2018 in Hoopers Island, Maryland. Because of this year’s new lottery system, many seafood companies haven’t received temporary H-2B visas for the largely Mexican workforce that has been coming to Maryland’s east coast for more than two decades to pick up crab meat that’s being sold. It sells in restaurants and stores on the East Coast. (Photo by Mark Wilson/Getty Images)

Unlike the H-2B visa, which is subject to an annual limit of 66,000, the H-2A visa for agricultural workers is not subject to any numerical restrictions.

The most common jobs in 2020 for people under H-2A status are held by farm workers, day laborers, farm equipment operators, and farm animal, livestock and aquatic animal farm workers.

Despite the 66,000 limit for H-2B visas, the Department of Homeland Security (DHS) and the Department of Labor (DOL) have announced Supplementary increase to a maximum of 22,000 additional visas until the end of fiscal year 2021 “to ensure that U.S. companies are equipped with the resources necessary to recover successfully and contribute to the economic health of local communities,” referenced by DHS.

Of the 22,000 additional visas, 16,000 are for workers who have either been granted an H-2B visa or have been granted H-2B status in one of the past three fiscal years. The other 6,000 are for temporary non-agricultural workers from the northern triangle of Central America (Honduras, Guatemala and El Salvador) in fiscal year 2021.

In 2020, the United States granted a total of 65,716 H-2B visas, mostly occupied by gardeners, forest workers, and meat cutters.

The countries whose citizens obtained the highest number of H-2B visas were Mexico with 74.7%, followed by Jamaica with 8.9% and Guatemala with 2.7%. According to the report From the United States Citizenship and Immigration Services (USCIS).

Victor Hernandez, who is in the US on an H-2A guest worker visa, picks oranges for Sorrells Brothers Packing Co., Inc. (Photo by Joe Riddell/Getty Images)

On the DOL website you can see a file Temporary jobs available in the United States, as well as its description, duration, location, payment, and contact. However, the site is only available in English.

“Workers can log in and enter their job classification, and employers looking for workers in that category can apply or contact an employer in the United States,” immigration attorney Jeff Joseph explained to CNN.

Once a job offer is available from an employer, potential workers outside the United States will need to apply for an H-2A or H-2B visa (after USCIS has approved their Form I-129) with the Department of State at a U.S. Embassy or Consulate. Finally, they must apply for entry into the United States at the country’s port of entry.