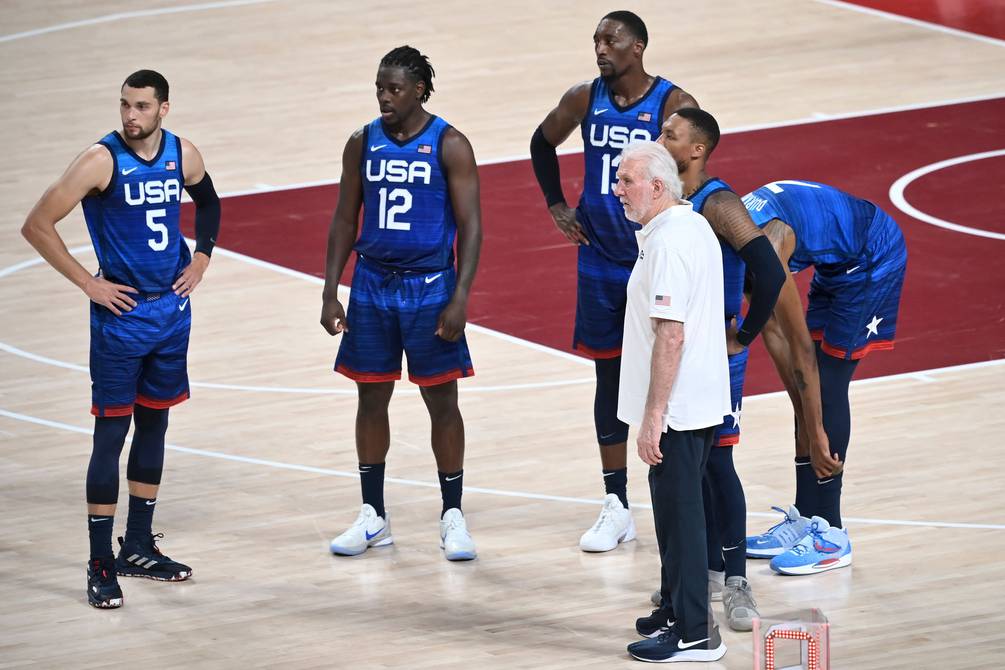 The US coach praised the French basketball team’s performance in Group A at the Tokyo 2020 Games.

United States coach Greg Popovich praised the performance of the French basketball team, which defeated the North American team (83-76) Sunday in the Tokyo Olympics, and refused to be surprised, as that would detract from Blos.

“When you lose a match, don’t be surprised. You’re disappointed. I don’t understand the term ‘surprise’. It’s a kind of disdain for the French national team, as if we have to beat them by 30 points. It’s a massive team,” Popovic declared to a journalist at a press conference.

“It’s the France team, with a great coaching body, talented players, some of whom are active in the NBA. I don’t see where you can see a surprise. In the forty minutes of the game they played better than us,” he insisted.

“The French were more consistent in both halves of the field, they did a great job. If our goal is to go forward, it will take as much as they need. We won twice with 9 points and once with 10 points. But we made a lot of mistakes,” Popovic said. We were lacking in movement (…) We must understand why, draw lessons and work.”

The United States, which aspires to win the Olympic gold for the fourth time in a row, will have to respond on Wednesday against Iran a priori weaker than group A (D)